On 31 July there was a pyroCb that formed in California from the Rocky Fire (40.7 N 123.5 W). According to the Current Fire Information, this fire started on 29 July at 3:29 PM. As of 4 August the fire has burned 65,000 acres. GOES-15 detected the smoke plume and pyroCb cloud, as well as the fire hot spot. Starting at 19:00 UTC on 31 July, the animation below shows visible (.63 μm) on the left and shortwave IR (3.9 μm) on the right (click image to play animation). In the shortwave IR images the red pixels indicate very hot IR brightness temperatures exhibited by the fire source region.

OMPS AI index image (courtesy of Colin Seftor) shows the transport of smoke. The image on 02 August shows a high AI values around the area of the pyroCb. The max AI value is 7.7 at 41.25 N 124.24 W, which is just northwest of hte pyroCb. This is consistent with the animations above with the smoke from the fire moving northwest. 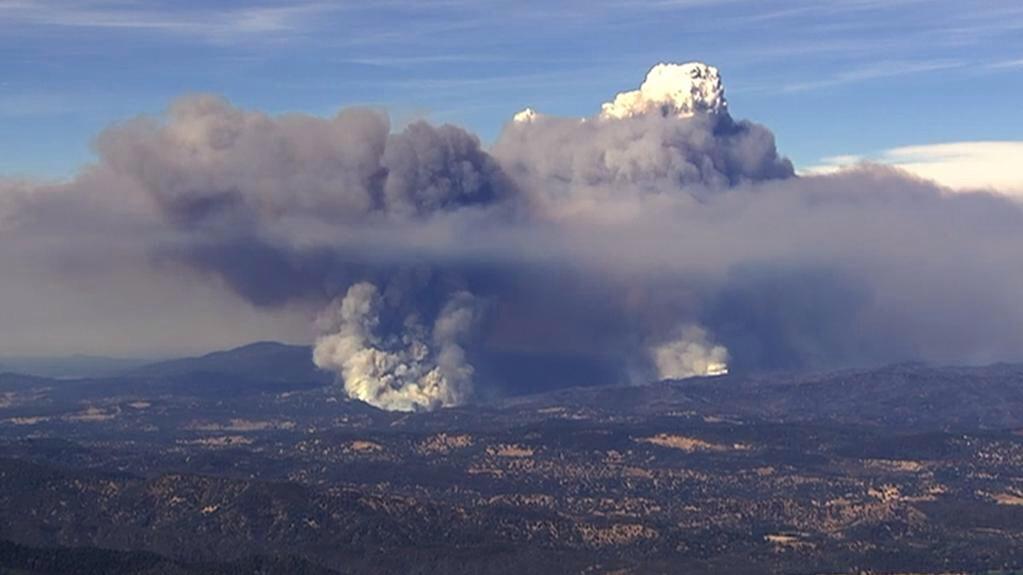 Smoke plumes from wildfire on 2 August (click to enlarge) 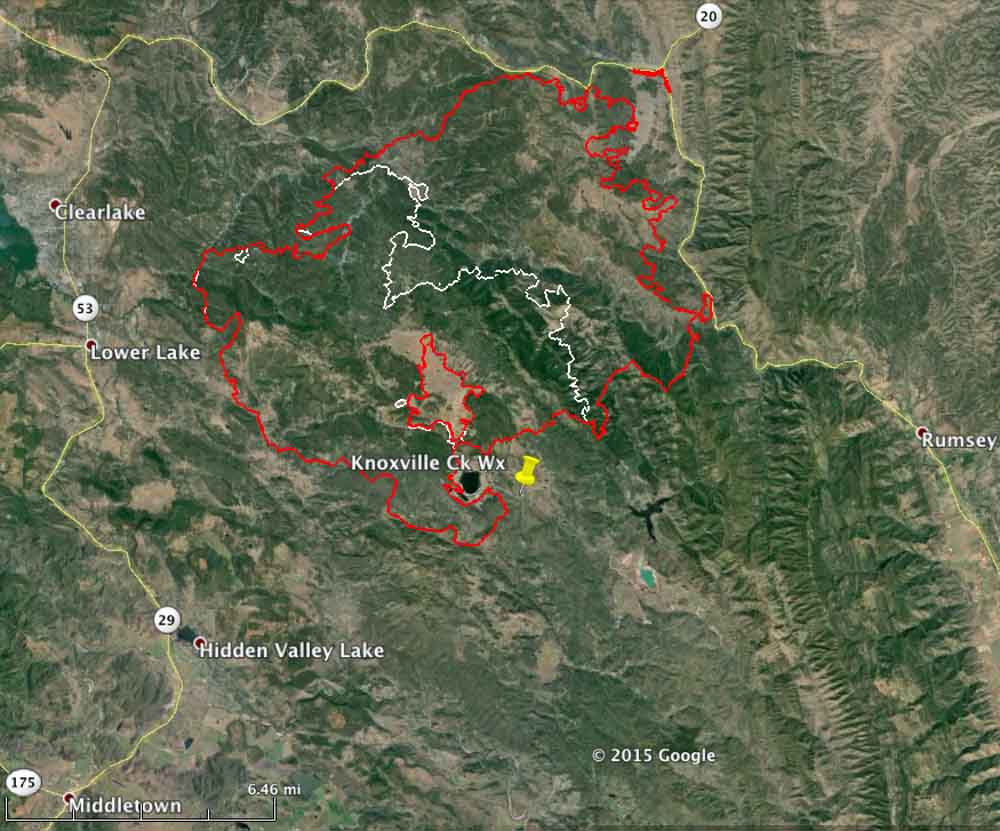