A high fire danger was well-anticipated across this portion of Australia:

Some ground-based photos of the pyroCb cloud:

This is the Sir Ivan fire about an hour ago. Danger not passed for local communities yet. #NSWRFS pic.twitter.com/1CqdLfR5Y8

Suomi NPP OMPS Aerosol Index images (courtesy of Colin Seftor) shows the transport of smoke on 12 February . The maximum AI was found to be 9.3 at 32.6 S 150.9 E around 4:02 UTC. This max AI is near the source of the pyroCb. 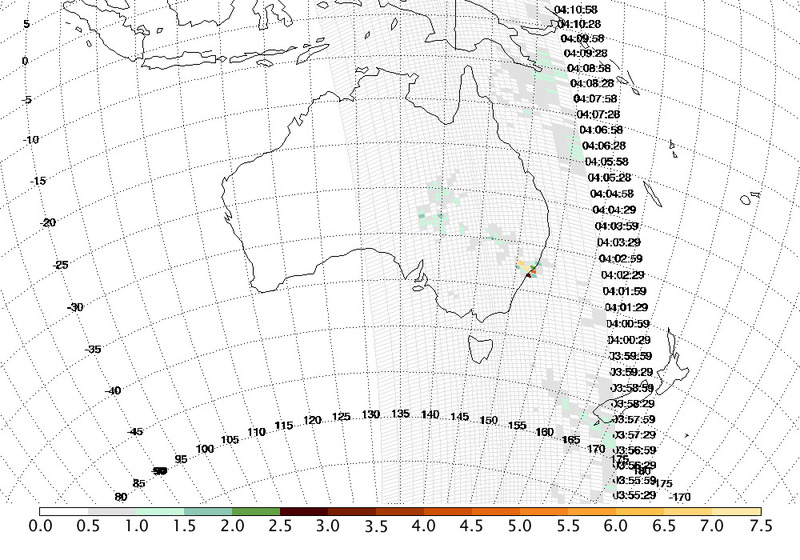