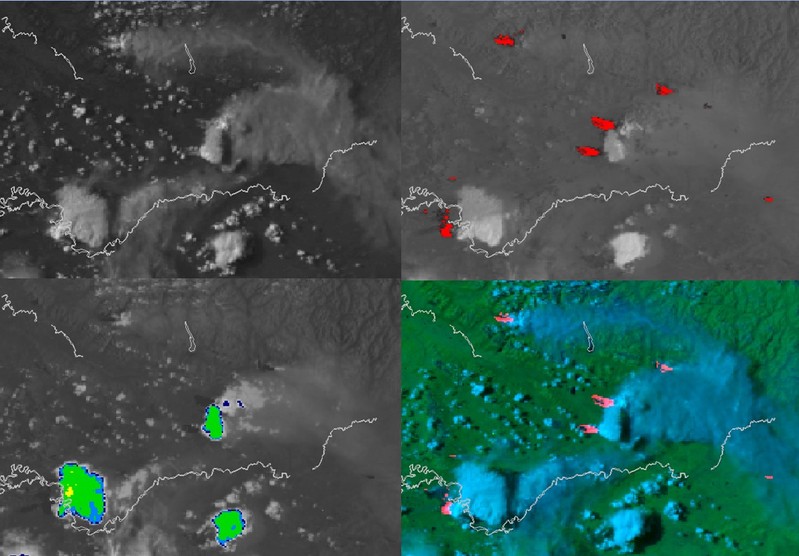 On the following morning, a Suomi NPP VIIRS Day/Night Band (0.7 μm) image (below) provided a good view of the smoke plume, which had drifted eastward as far as the Alaska/Yukon border. Numerous fire hot spots were still seen on the corresponding VIIRS shortwave IR (3.74 μm) image (yellow to red color enhancement); note how there was no signature of the smoke plume on the VIIRS IR Window (11.45 μm) image, since smoke is transparent to thermal radiation at that wavelength.

An overpass of the CALIPSO satellite after 13 UTC provided CALIOP data showing a portion of the smoke plume aloft, which exhibited high values of attenuated backscatter and low values of depolarization ratio (below).

Suomi NPP OMPS Aerosol Index images from 16 July (below) showed that smoke from the Alaska pyroCbs continued to drift eastward across the Yukon and Northwest Territories regions of Canada.