On 3 July at 20:48 UTC VIIRS shortwave IR image shows the widespread coverage of very large hot spots from the Canadian wildfires (indicated by red pixel color). Furthermore, the visible image shows the multiple smoke plumes produced from these wildfires and the smoke layer formed from the various wildfires in Alaska and Canada. The Saskatchewan pyroCbs can be seen on the right side of the image.

On 03 July OMPS Aerosol Index (AI) images were useful to see the transport of the smoke. From the AI image (below; courtesy of Colin Seftor), the max AI is 7.7 at 52.99 N 99.06 W at 19:06 UTC which is southeast of the fire. Furthermore, it can be seen that the smoke was being transported southwestward. 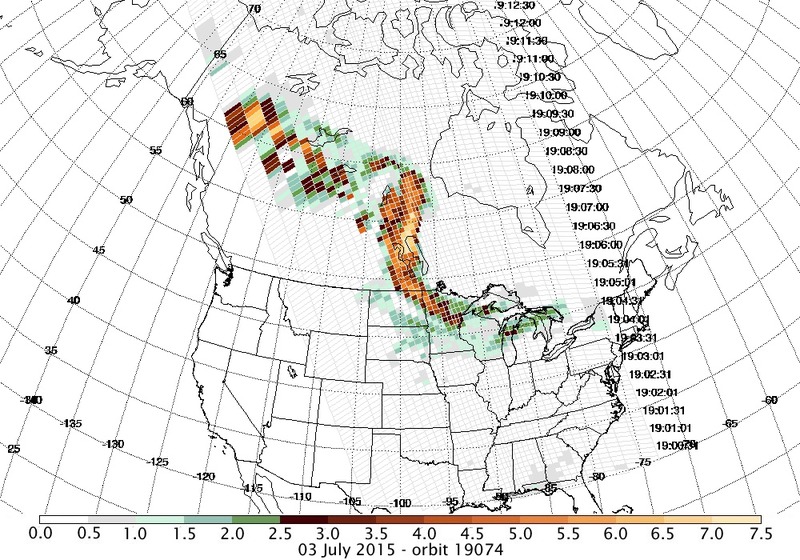 A local news station in Saskatoon, Saskatchewan captured this pyroCb. From the image below (courtesy of 650 CKOM) the pyroCb can be seen extending into the upper troposphere. 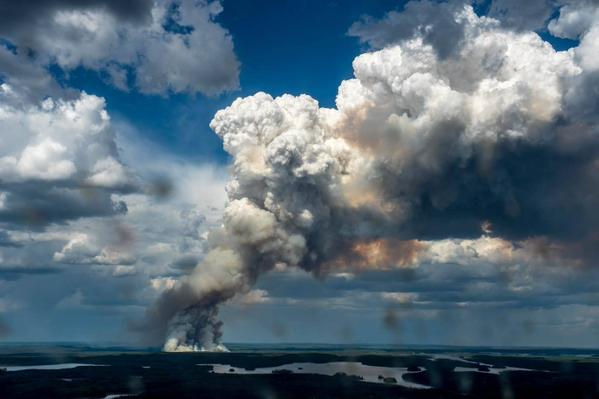 To further investigate the transport of smoke from this fire CALIPSO was used, this was very similar to the fire in Alberta. This LIDAR shows the height of the clouds from the wildfires. The first image below is the 532nm Total Attenuated Backscatter plot on 04 July from 19:46 UTC to 19:59 UTC. The smoke from these fires can be seen around 57 N indicated by a white/light grey color. Furthermore, since this LIDAR was used directly over the fire the particles that backscattered are in a formation of a smoke plume coming from the ground. Around 55 N the smoke particles begin around 2 km and increase linearly until reaching about 10 km. This proves that the LIDAR has indicated the source of the smoke and thus the source of one of the pyroCbs. The pyroCb is not indicated on this plot since it was taken at a later time in the day.In addition, the transport of smoke southeast is shown on the plot around 44 N. 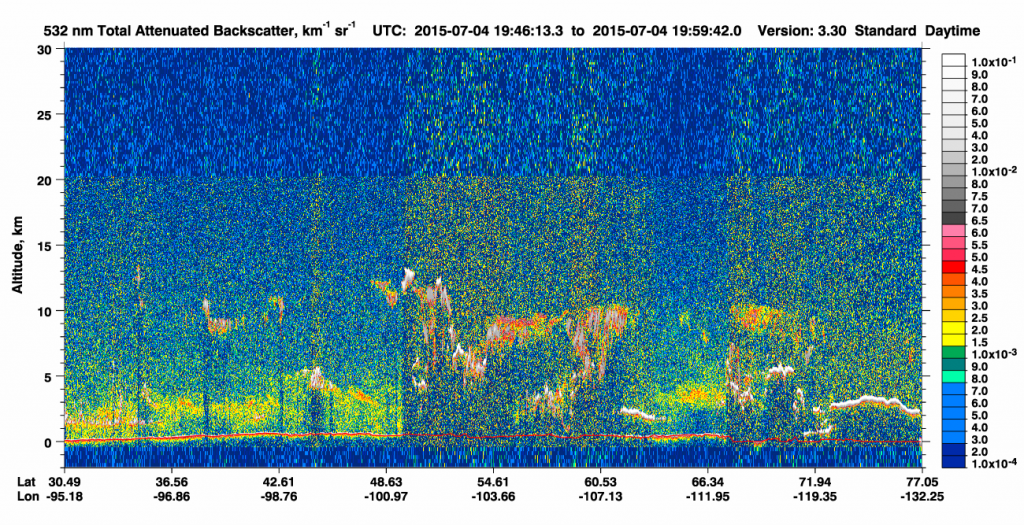 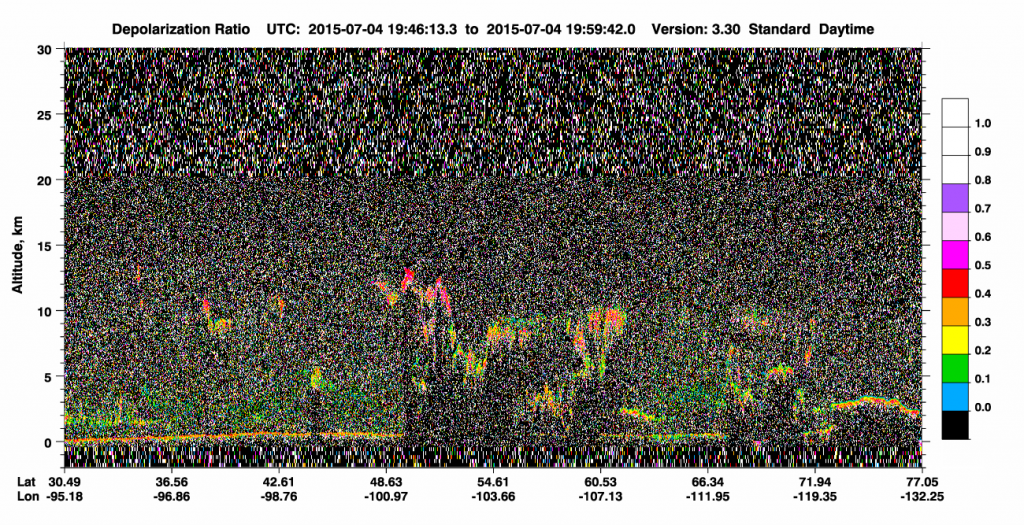 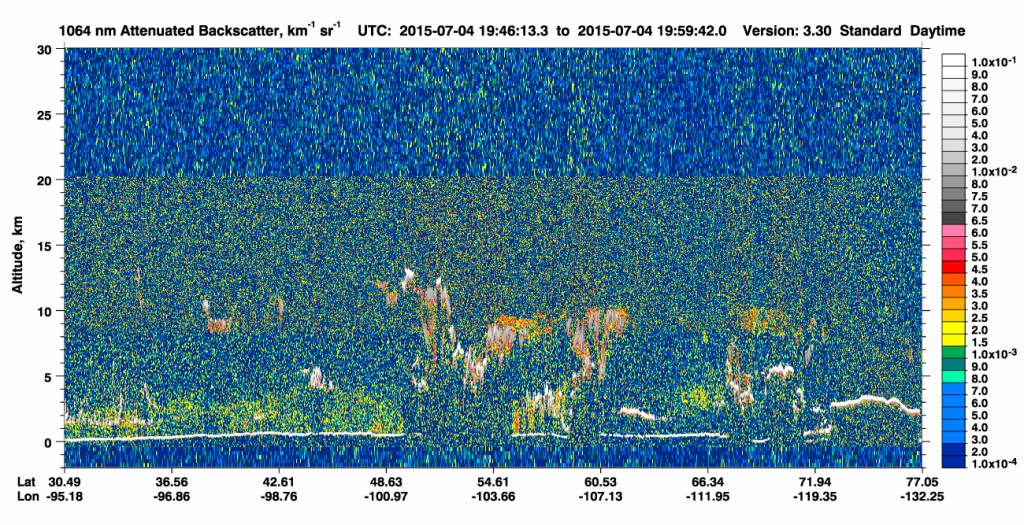 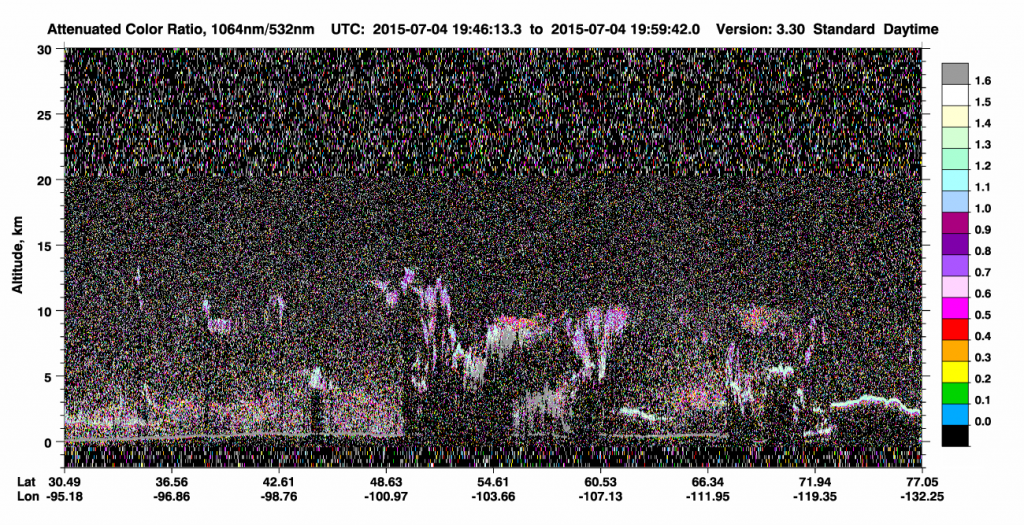 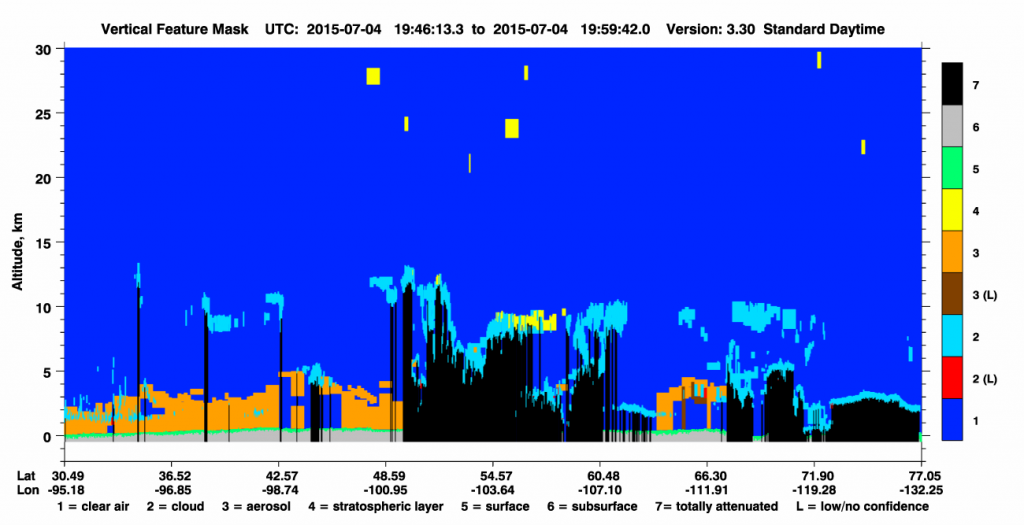