On 17 June 2015 the Lake Fire fire started east of San Bernardino, California (34.1º N 117.3º W). On 18 June, the large smoke plume could be seen spreading eastward on true-color images from Terra/Aqua MODIS and Suomi NPP VIIRS (above). At 15:30 UTC on 18 June it was estimated that 10,000 acres had burned with a two day potential of 50,000 acres. There were not favorable conditions for firefighting, with winds out the southwest at 17 mph gusting up to 28 mph. This information and the photo below courtesy of Wildfire Today. 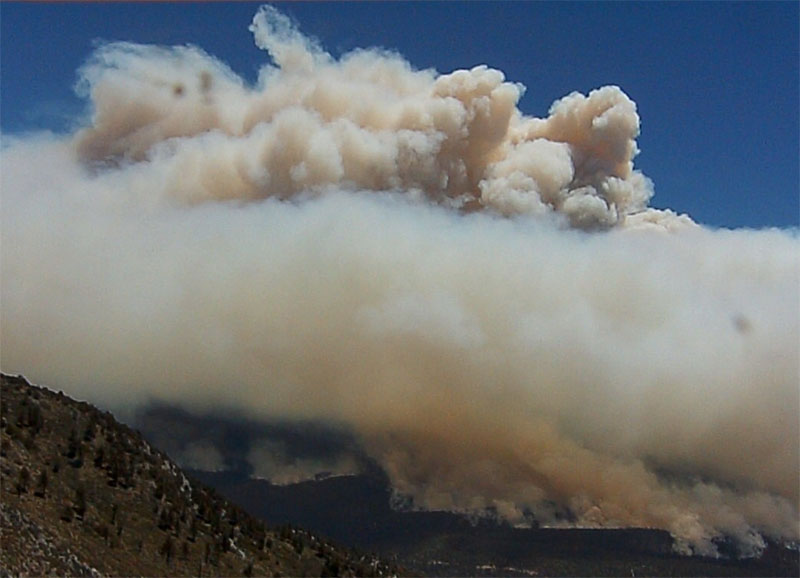 GOES-15 detects the smoke plume and hotspots from this fire. Starting at 13:00 UTC the animation below shows visible (.63 μm) on the left and shortwave IR (3.9 μm) on the right (click image to play animation). In the shortwave IR images the red pixels indicate very hot IR brightness temperatures exhibited by the fire source region. A closer view of the smoke plume can be seen this animation of GOES-15 visible images.

It is interesting to note that a pilot report at 20:19 UTC indicated that the top of the smoke plume had reached an altitude of approximately  35,000 feet (below). 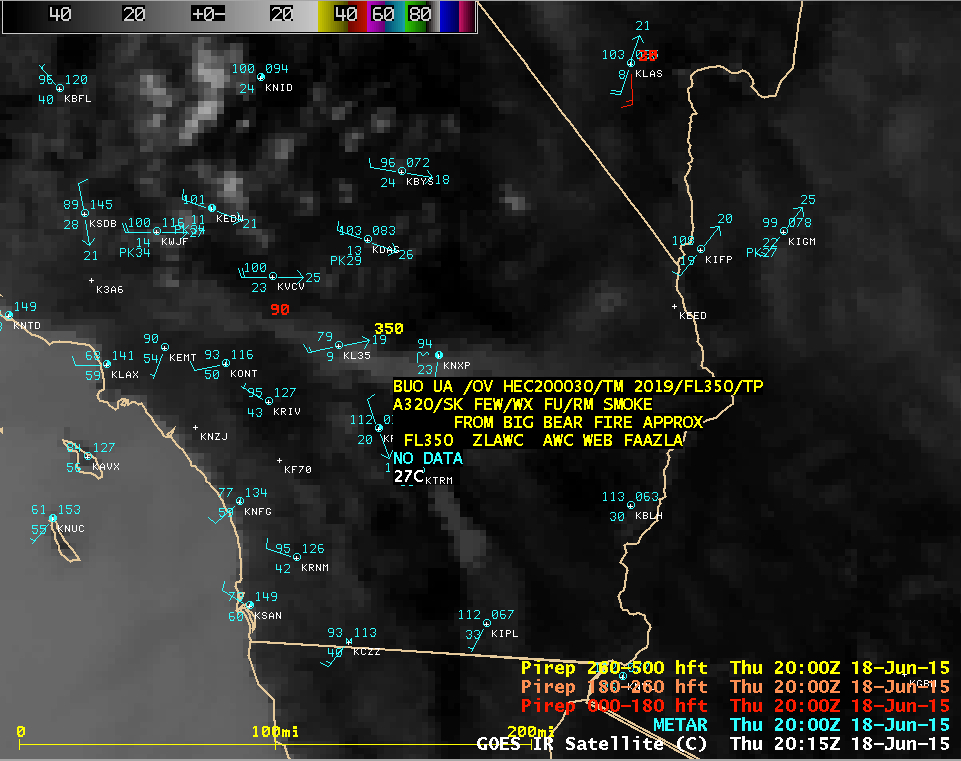 Taking advantage of the large forward scattering angle from the GOES-13 (GOES-East) satellite, the final daytime visible images (below; click image to play animation) revealed the large areal coverage of the smoke plume from the Lake Fire, which had spread over southern Utah, much of the northwestern half of Arizona, and even over northwestern Mexico. Smoke plumes from a few wildfires in Arizona could also be seen.