This fires became active again on 25 May 2015 and produced some pyrocumulus clouds. The first pyroCb was  in Saskatchewan near the eastern border (56.23º N, 109.82º W), and the second in western Alberta (54.85º N, 110.38º W). This was detected by GOES-15 0.63 μm visible channel and 3.9 microns shortwave IR Channel (see the below image and click to play) showed the growth of the smoke starting at 17:00 UTC, as the fire exhibits hot shortwave IR brightness temperatures shown as red pixels.

The wildfires in Alberta got so bad that is shut down oil production. The fire as of 26 May covered 17,000 hectares (14,00 acres). At the Christina Lake oil sands project it produces 80,000 barrels of oil per day. This is projected to have a 0.1% to 0.3% hit to the annual GDP growth. (image and information from wildfiretoday.com). 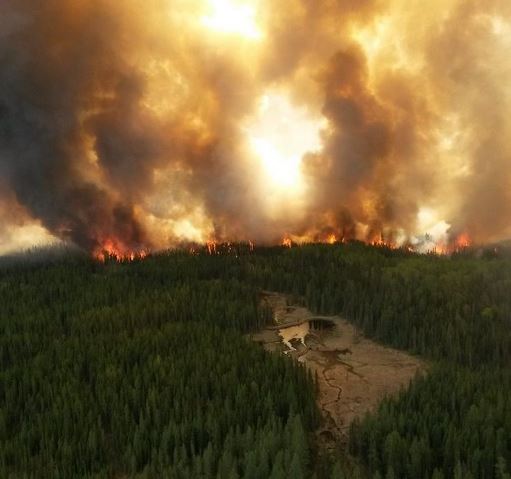 Just like for the fires on 22 May 2015 this image was published by the Canadian Natural Resources division on May 25,  the day of the event. It clearly indicates the high Fire Weather Index for mid-Canada. The second image shows the locations of the hotspots, indicating a strong heat source. 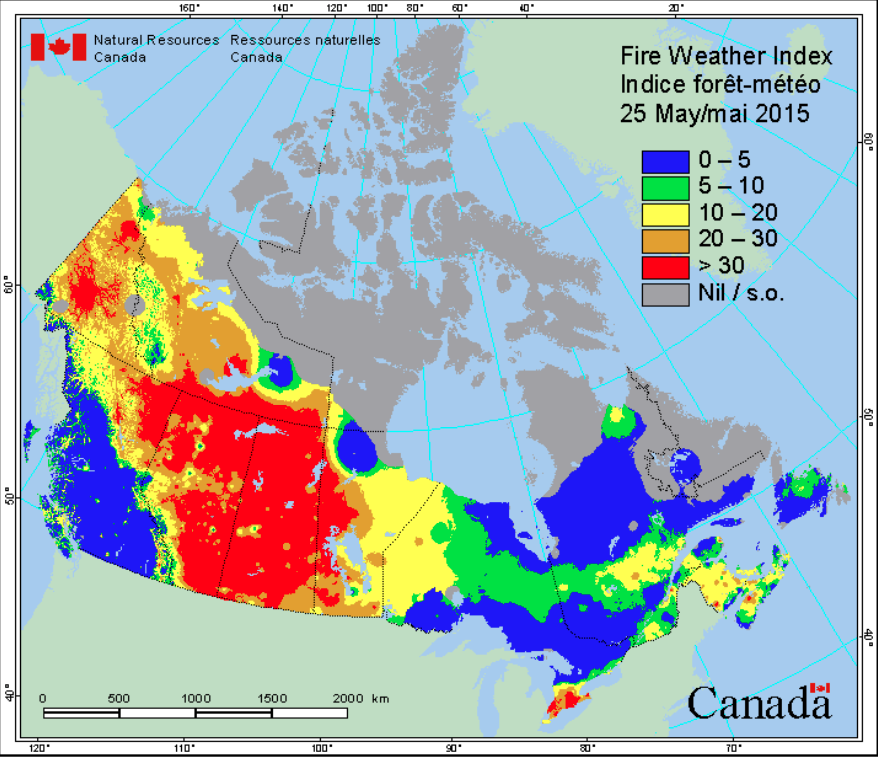 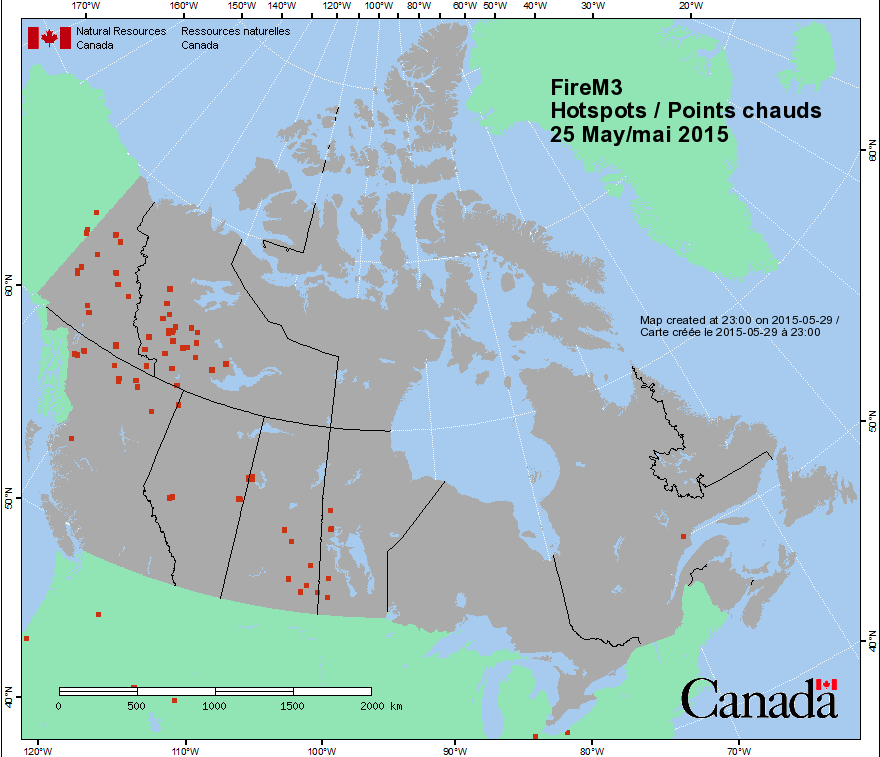 Furthermore, the image below (from temis.nl) shows the elevated absorbing aerosols in the air due to the wildfires. This is shown on a Absorbing Aerosol Index map. Over Saskatchewan and Alberta there is a red color showing very high numbers of absorbing aerosols. 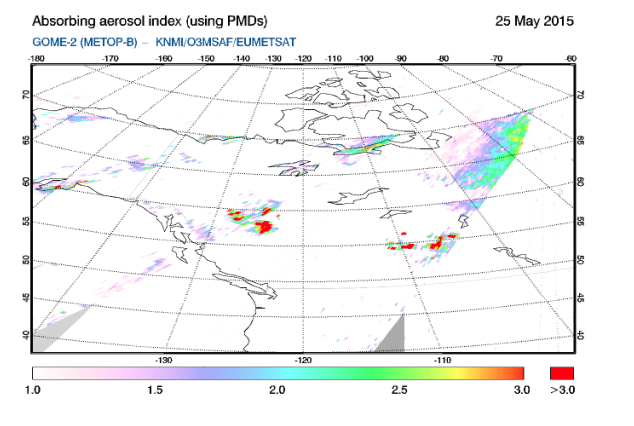 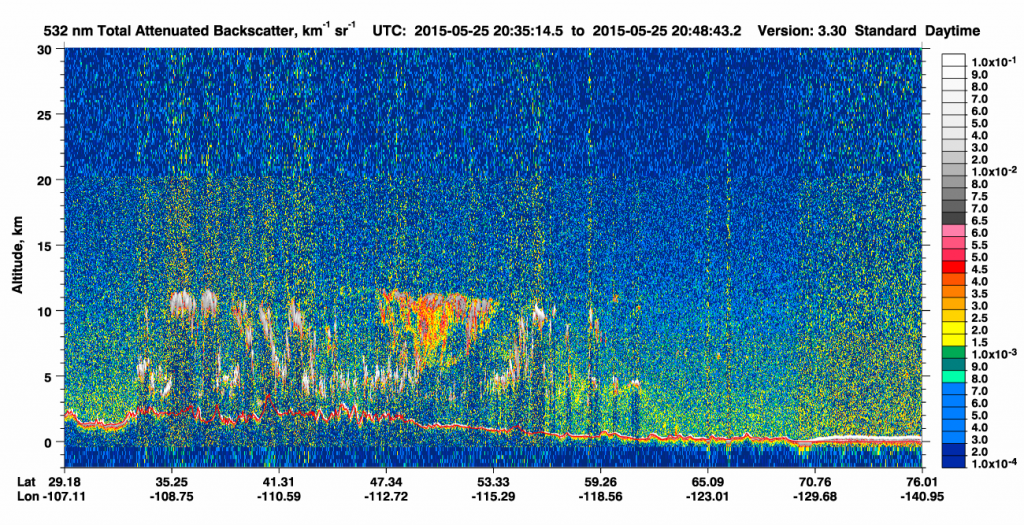 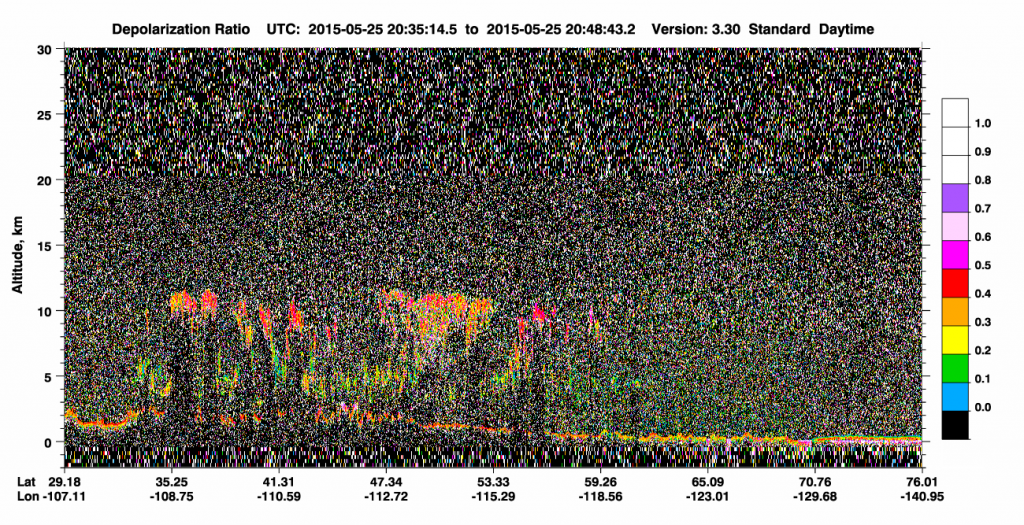 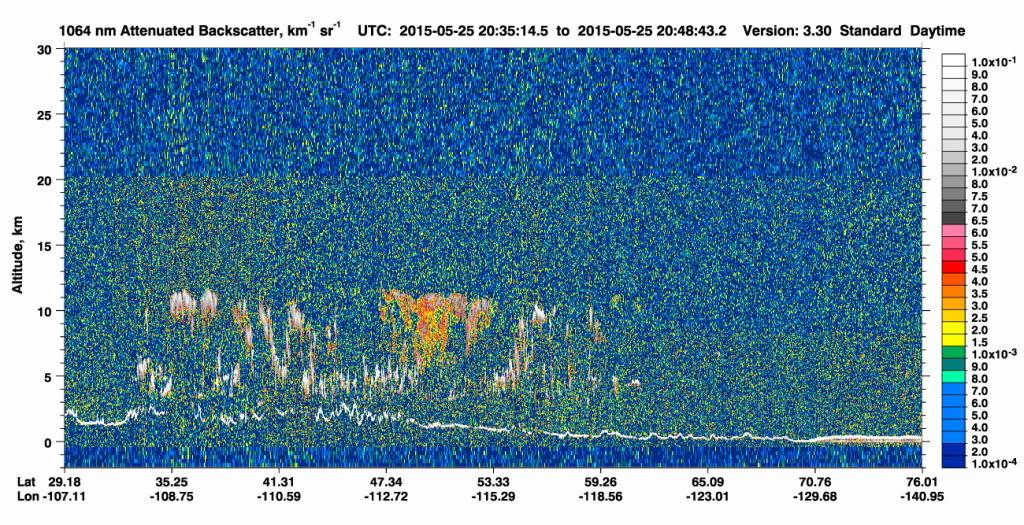 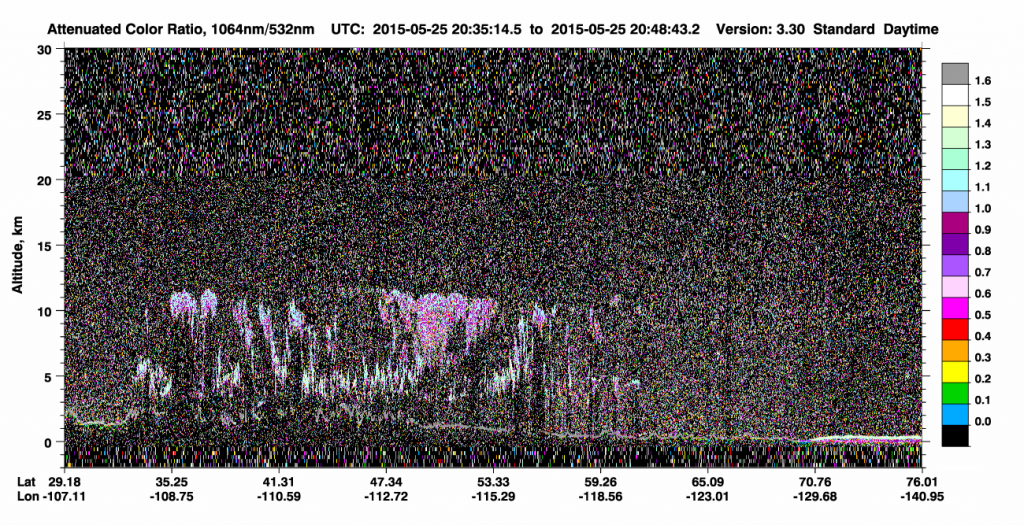 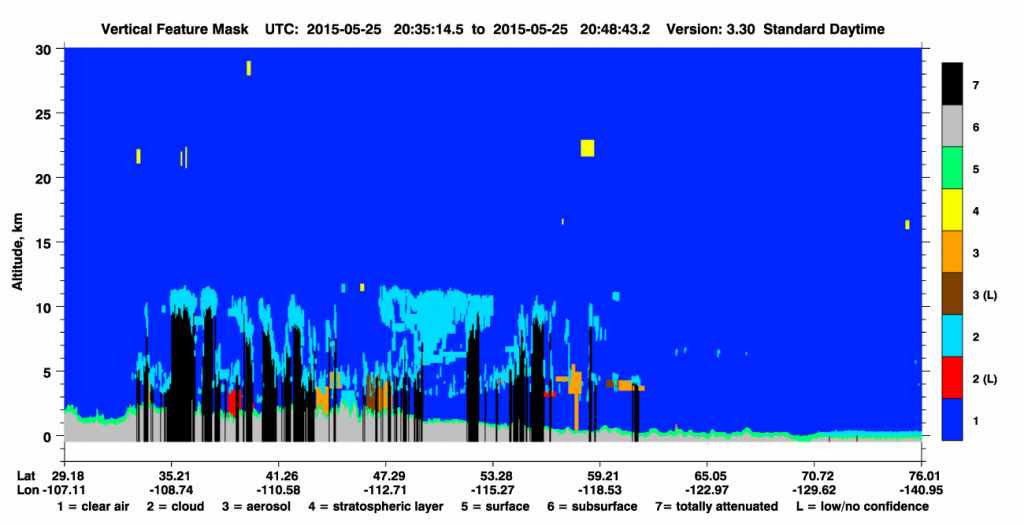 CALIPSO Vertical Feature Mask on 25 May (click to enlarge image)

CALIPSO Aerosol Subtype plot on 25 May (click to enlarge image)