There were two notable pyrocumulus clouds that developed on 22 May 2015 in western Canada: the first in Saskatchewan near the eastern border (56.23º N, 109.82º W), and the second in western Alberta (54.85º N, 110.38º W). The fire in Alberta produced a pyroCb, and covered an area of roughly 200 square kilometers with flames only 40 km from the nearest community, Cold Lake. Another early-season fire produced a pyrocumulus cloud over Saskatchewan, Canada. The fire depicted above was in the northern provincial forest and covered about 225 hectares of land. As of 22 May, there were 21 active wildfires burning across Saskatchewan.

The fire signature was detected by GOES-15 0.63 µm visible channel and 3.9 μm shortwave IR channel imagery (below; click to play animation) which showed the growth of the smoke starting at 23:00 UTC, as the fire began to exhibit hot shortwave IR brightness temperatures shown as red pixels.

The first image below was published by the Canadian Natural Resources division on May 22, the day of this pyroCb event. It clearly indicates the high Fire Weather Index (red) for much of the prairie provinces of Canada. The second image below shows the locations of  satellite-detected hotspots, indicating a strong heat source from active fires. 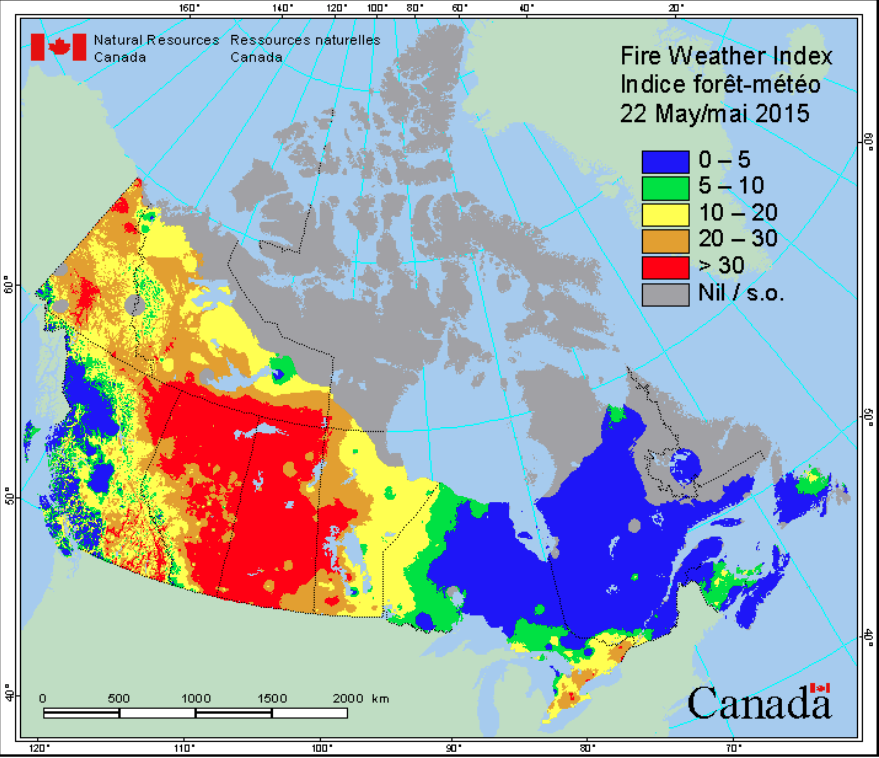 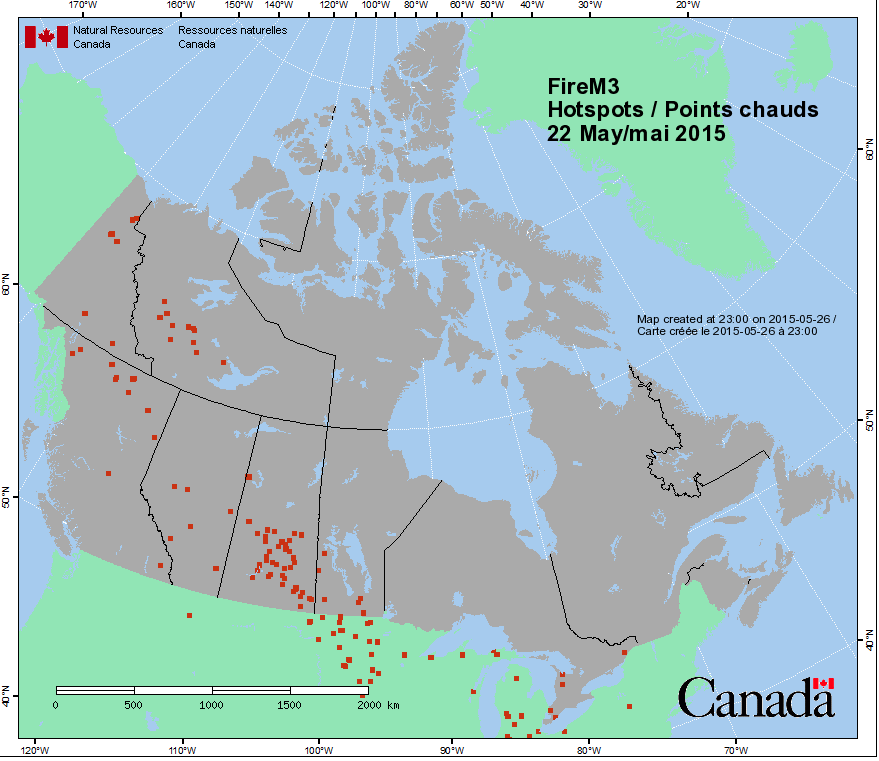 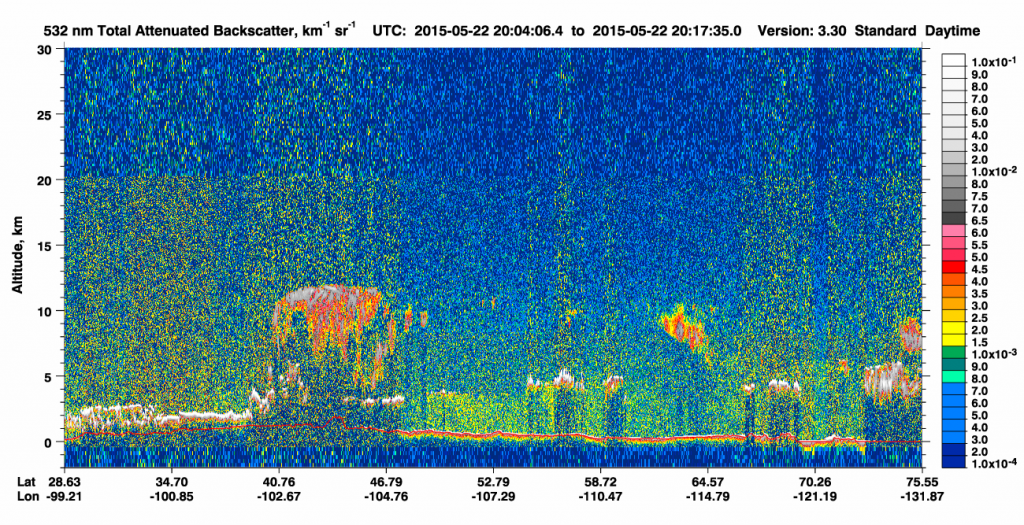 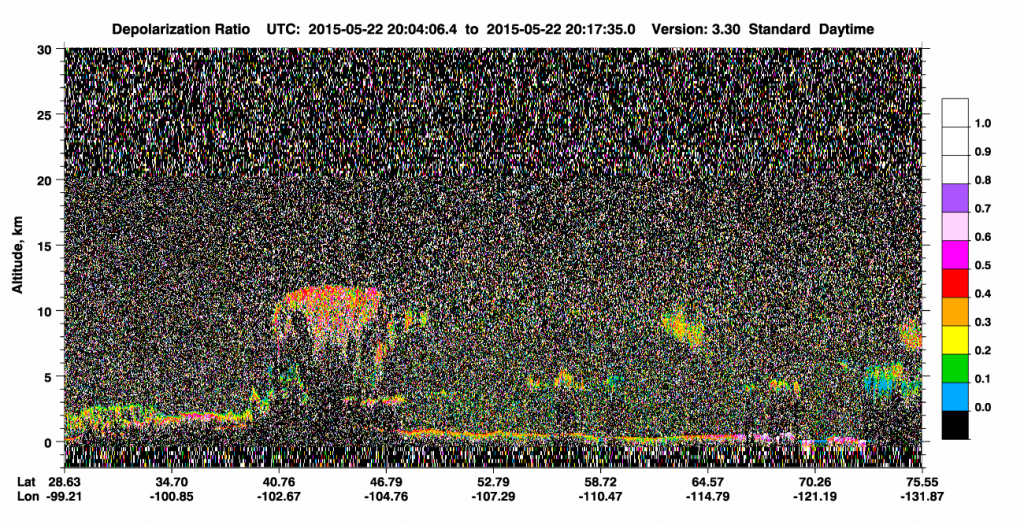 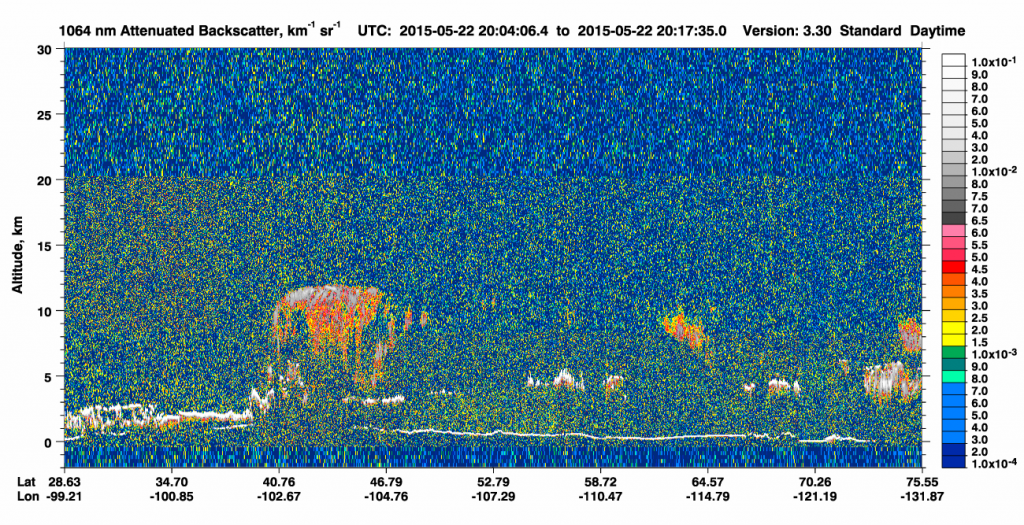 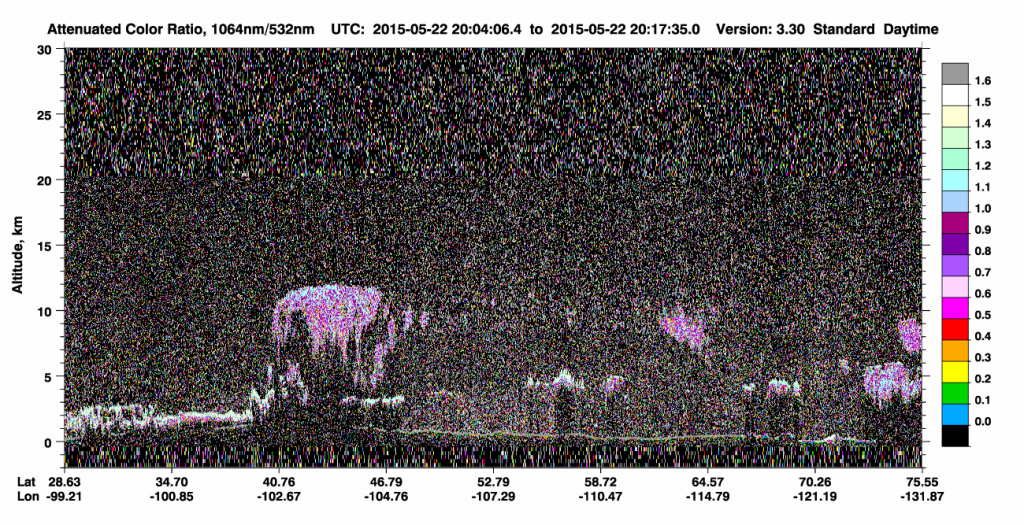 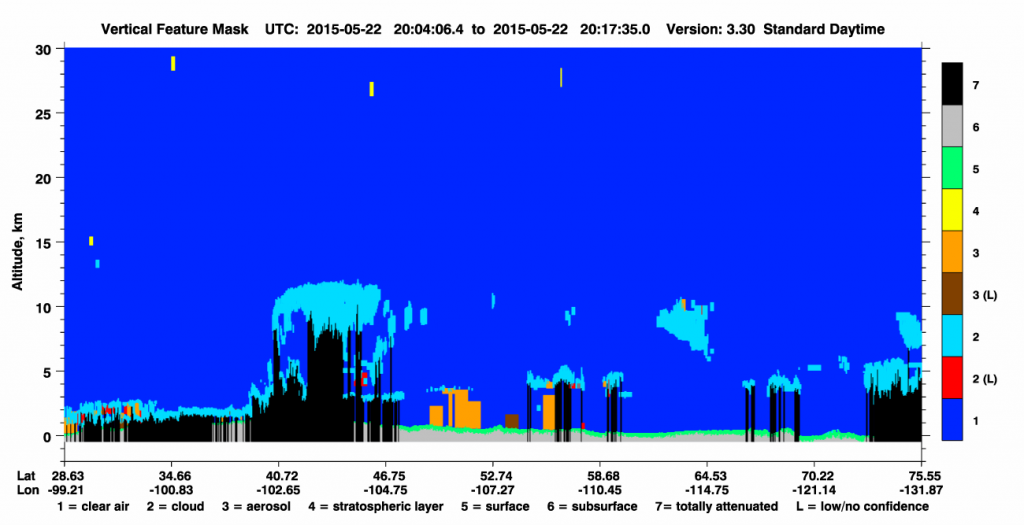 CALIPSO Vertical Feature Mask on 22 May (click to enlarge image)

CALIPSO Aerosol Subtype plot on 22 May (click to enlarge image)