On August 2nd, 2014 a pyroCb was detected in British Columbia by GOES-15 0.63 µm visible channel and 3.9 µm shortwave IR channel images (above). The pyroCb occurred around 02:45 UTC, located near 53º North and 125º West. The shortwave IR images (right panel) shows several hot spots (black to red pixels), but only the southern most hot spot forms into a pyroCb. The red pixel enhancement shows when the fires reach an IR brightness temperature of 338.3 K.  The pyroCb moves north after formation and starts to dissipate. This is seen most easily in the GOES-15 10.7 µm IR channel images (below).

The upper air sounding at Port Hardy (below) shows that the winds present in the upper troposphere were indeed moving northward at 15-20 knots.

The Terra MODIS image (below) was taken at 10:00 UTC and shows the aftermath of the pyroCb event. The red pixel enhancements, like the shortwave IR images, show the location of fires. 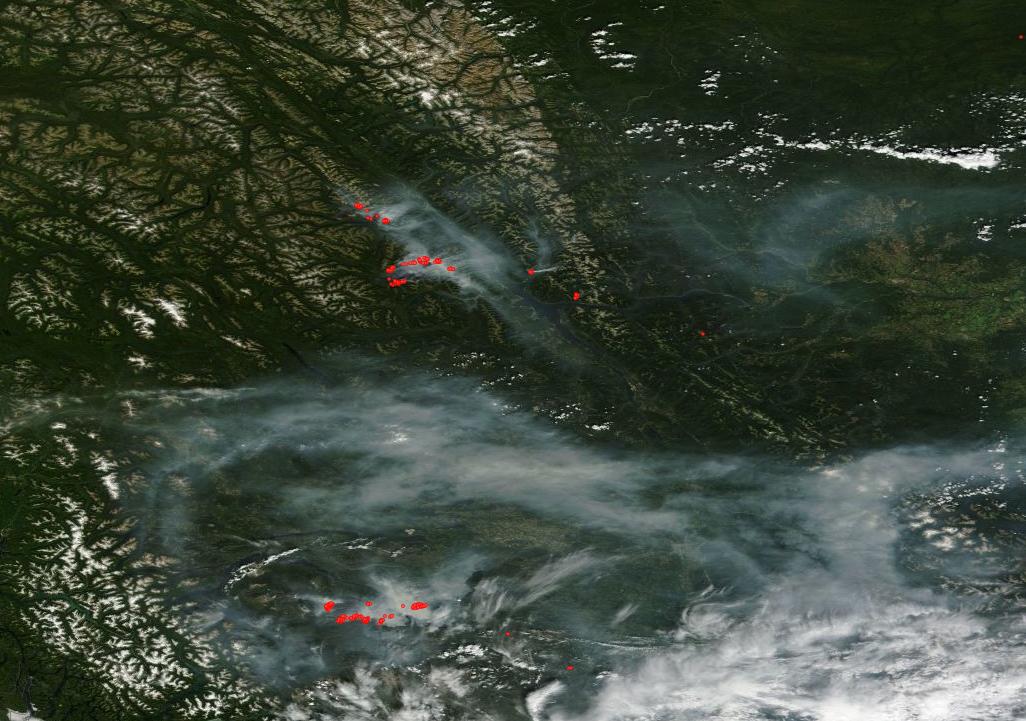 Terra MODIS true-color image of the British Columbia fires with a red-pixel enhancement over the fires.