On the evening of 29 July 2014, a small pyroCb cloud was produced by a one of the ongoing fires in the Northwest Territories of Canada. GOES-15 0.63 µm visible channel and 3.9 µm shortwave IR channel images (above; click image to play animation; also available as an MP4 movie file) showed that the pyroCb cloud feature became well-defined on the 00:30 UTC (30 July) image, drifting rapidly northeastward. At that time the fire source hot spot (located near 61.5º North, 121.7º West) exhibited an IR brightness temperature of 338.3 K (red enhancement). 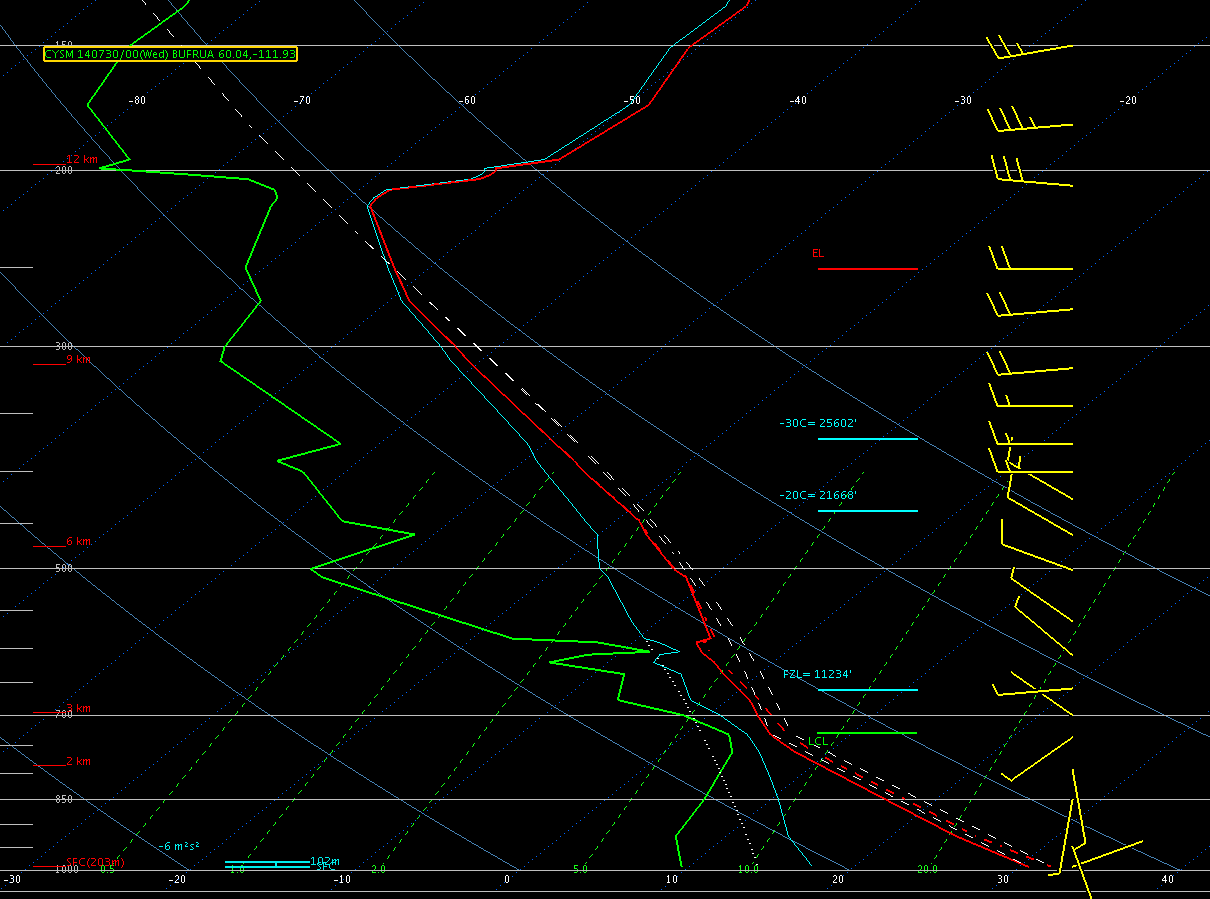 NOAA ARL HYSPLIT forward trajectories initiated at the location of the coldest GOES-15 cloud-top IR brightness temperature (at altitudes of 6, 7, and 8 km) suggested that the high-altitude smoke would be transported eastward, then northeastward during the subsequent 36 hours (below).

HYSPLIT model forward trajectories at altitudes of 6, 7, and 8 km

A composite of Suomi NPP VIIRS true-color swaths during the daytime on 30 July (below) did show an area of dense smoke over much of western Nunavut, which was in agreement  with the transport shown by the HYSPLIT trajectories. The VIIRS image also showed large amounts of smoke being drawn southward along the back side of the deep 500 hPa low centered over James Bay.