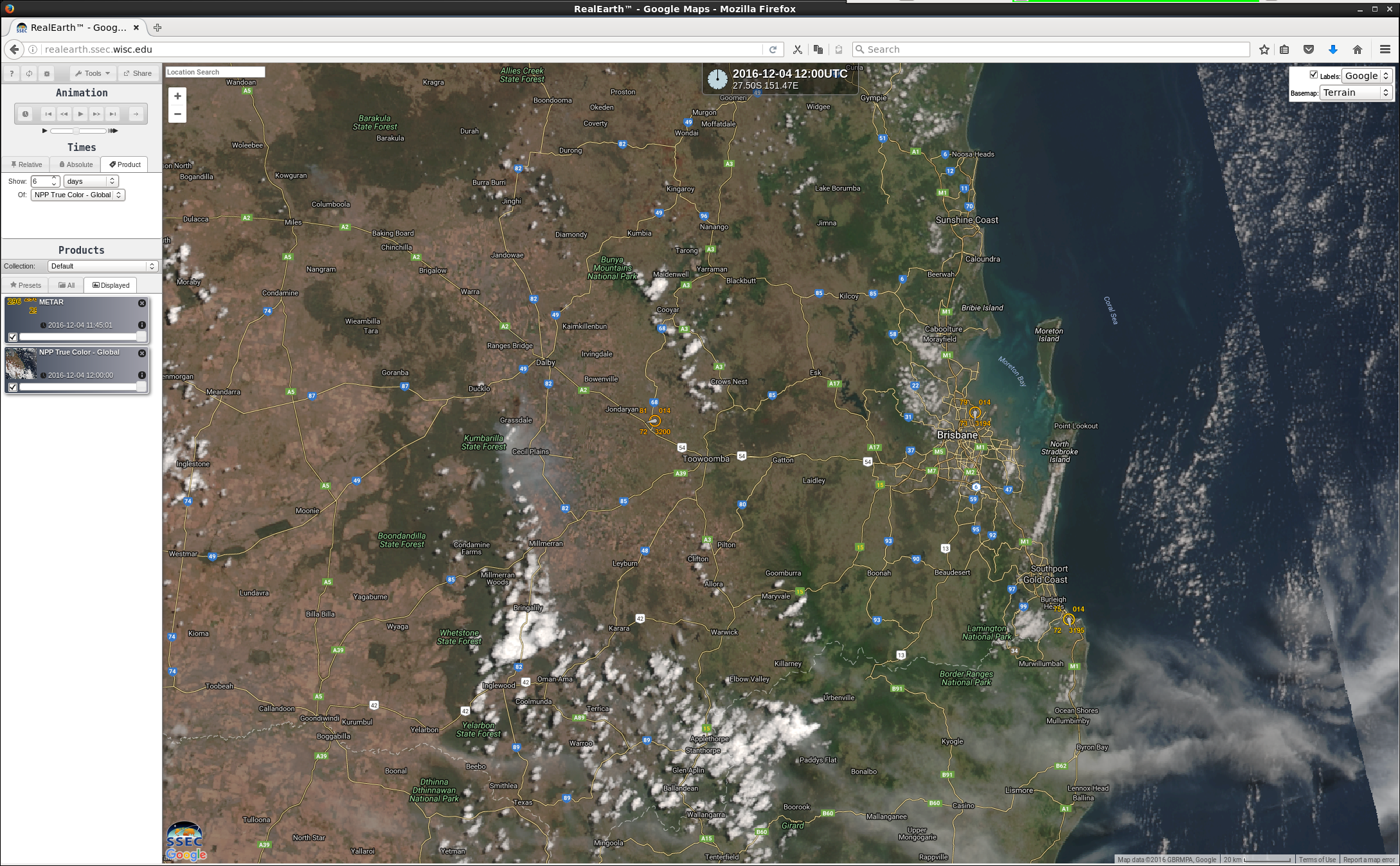 On 04 December 2016 a pyroCb developed to the west of Toowoomba in Queensland, Australia. A Suomi NPP VIIRS true-color image around 04:16 UTC (above) showed the early stage of the smoke plume in the Cecil Plains area, about 2 hours prior to the pyroCb formation.

Himawari-8 monitored the temporal evolution of the smoke plumes and pyroCb cloud, as well as the fire hot spots. Starting at 5:00 UTC on 04 December, the animation below (also available as an MP4) shows Himawari-8 0.63 µm visible (left) and 3.9 µm shortwave IR (right) . The pyroCb cloud (~27.5º S, 151.4ºE) formed around 6:00 UTC. In the shortwave IR images, the red pixels indicate very hot IR brightness temperatures exhibited by the fire source regions. Also note the characteristic warmer (darker gray) appearance of the pyroCb cloud on the shortwave IR images, compared to the larger meteorological cumulonimbus cloud that developed just to the south of the fire.

CALIOP data from a CALIPSO satellite overpass on 05 December (below) captured the signature of the young pyroCb smoke plume aloft along the east coast of Australia. The feature is located above the cursor in each image, at an altitude of 12-13 km; note that the Depolarization Ratio values are very low (ruling out a typical cloud feature), and the Feature Mask flags it as Aerosol (orange).

For a surface perspective to compliment the satellite imagery, a few storm chasers took some great photos of the pyroCb. These pictures (courtesy of Nicholas McCarthy) show the large smoke columns that result in the formation of these pyroCb clouds. The first picture below shows the smoke from the wildfire rising up and forming these clouds with large vertical extent. 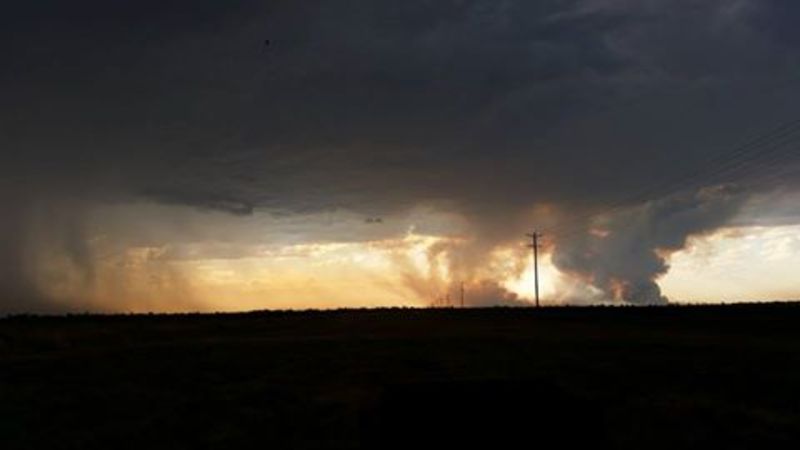 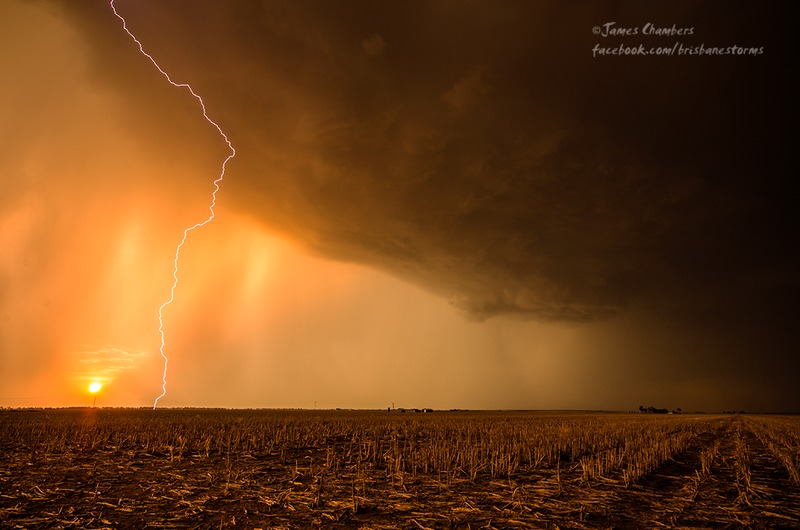 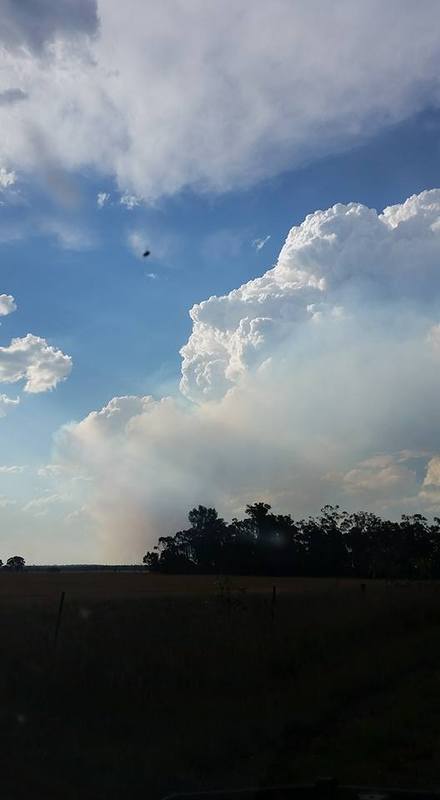 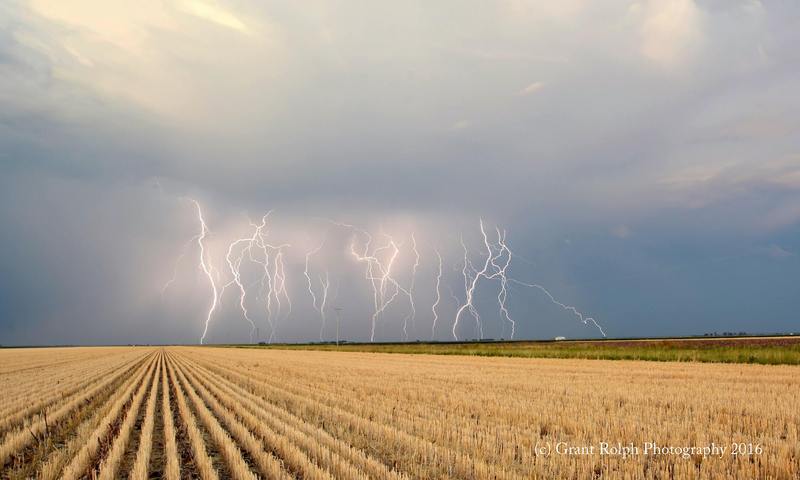