OMPS AI index images (courtesy of Colin Seftor) shows the transport of smoke on 3 June. The maximum AI index was found to be 6.1 at 54.8 N 114.8 E around 5:31 UTC. This is east of the original pyroCbs and pyroCu indicating an eastward movement of the smoke. 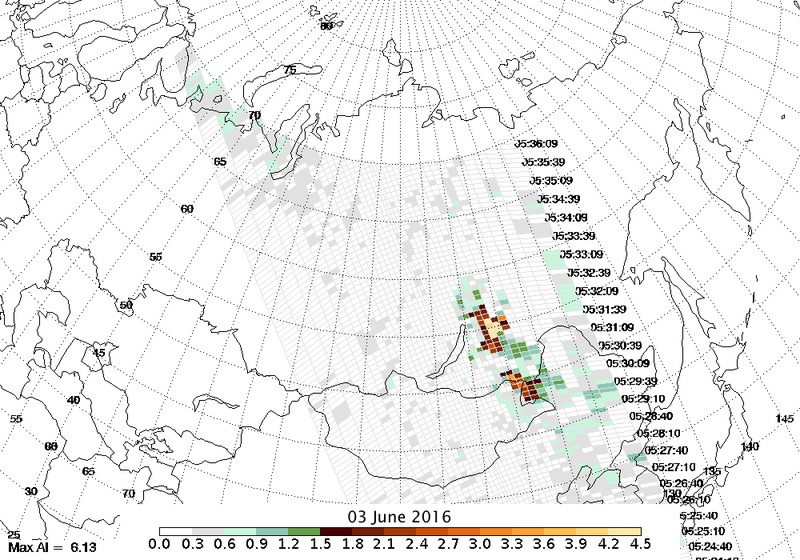 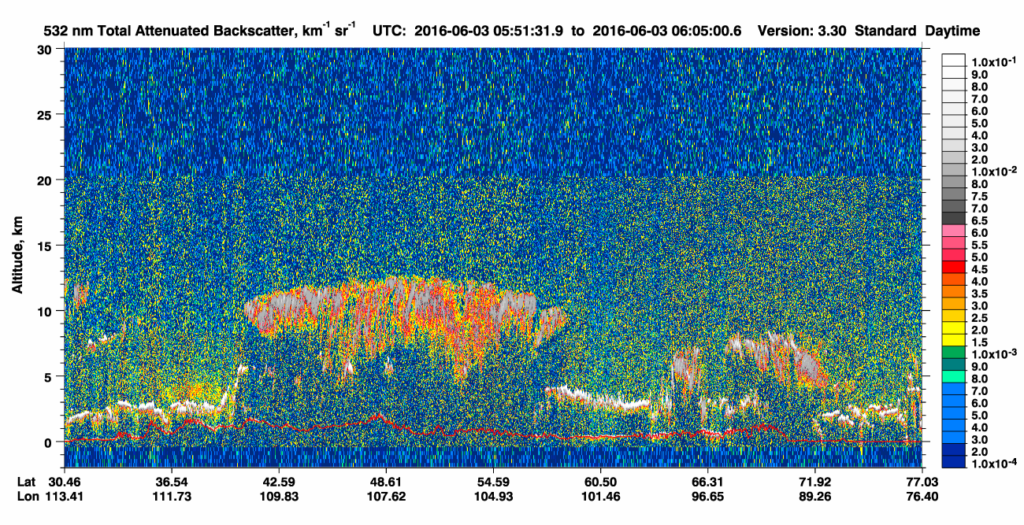 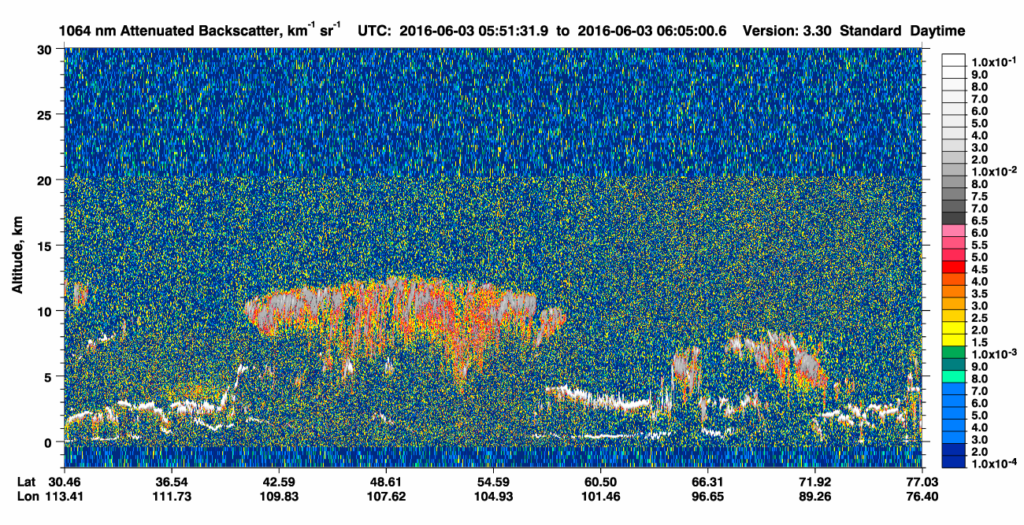 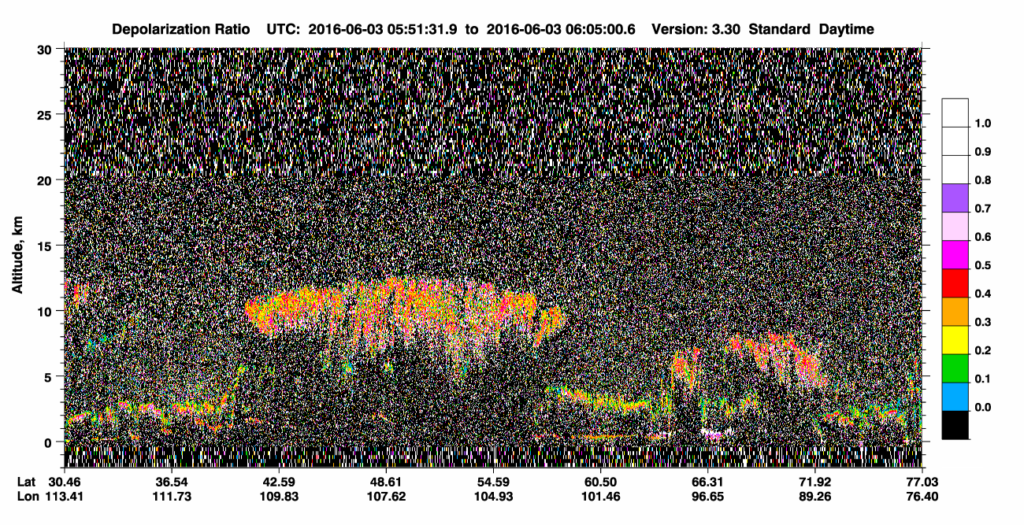 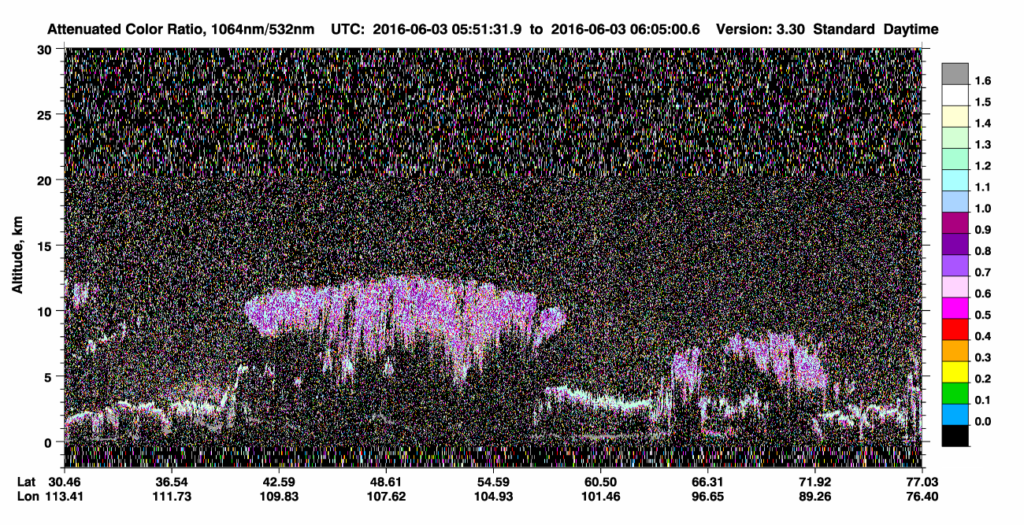 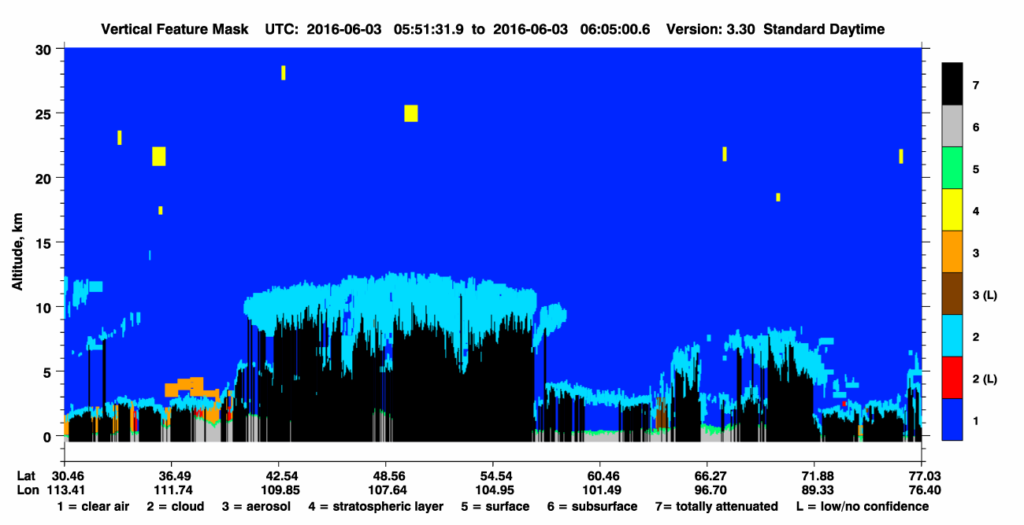