GOES-15 10.7 µm IR images (below; click image to play animation; also available as an MP4 movie file) indicated that the cloud-top IR brightness temperature (BT) became colder than -40º C (bright green color enhancement) after about 0100 UTC on 31 July, becoming the first verified pyroCb in the Lower 48 States for the 2015 wildfire season. The IR BT continued to cool to around -50º C (yellow color enhancement) after 0200 UTC.

A NOAA-18 AVHRR image at 0139 UTC (below; courtesy of Rene Servranckx) indicated that the minimum IR BT was -56.1º C, which corresponded to an altitude of approximately 12.2 km based on the 31 July / 00 UTC Medford, Oregon rawinsonde. This altitude was just below the tropopause (which was defined on the sounding data to be at 12.6 km); winds at that level were southwesterly around 40 knots. 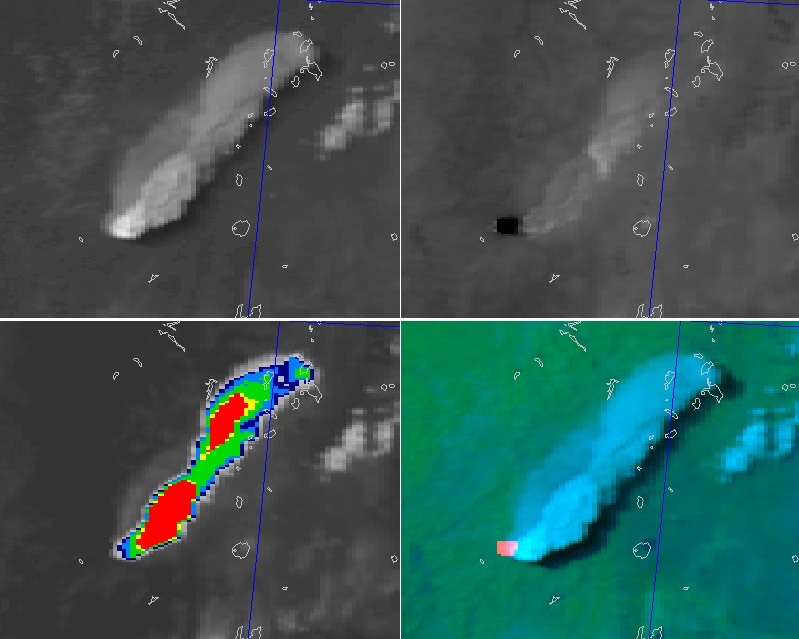 During the 0230-0300 UTC time period, there were 4 negative-polarity cloud-to-ground lightning strikes recorded beneath the Stouts Fire pyroCb cloud (below; courtesy of Nick Nauslar). 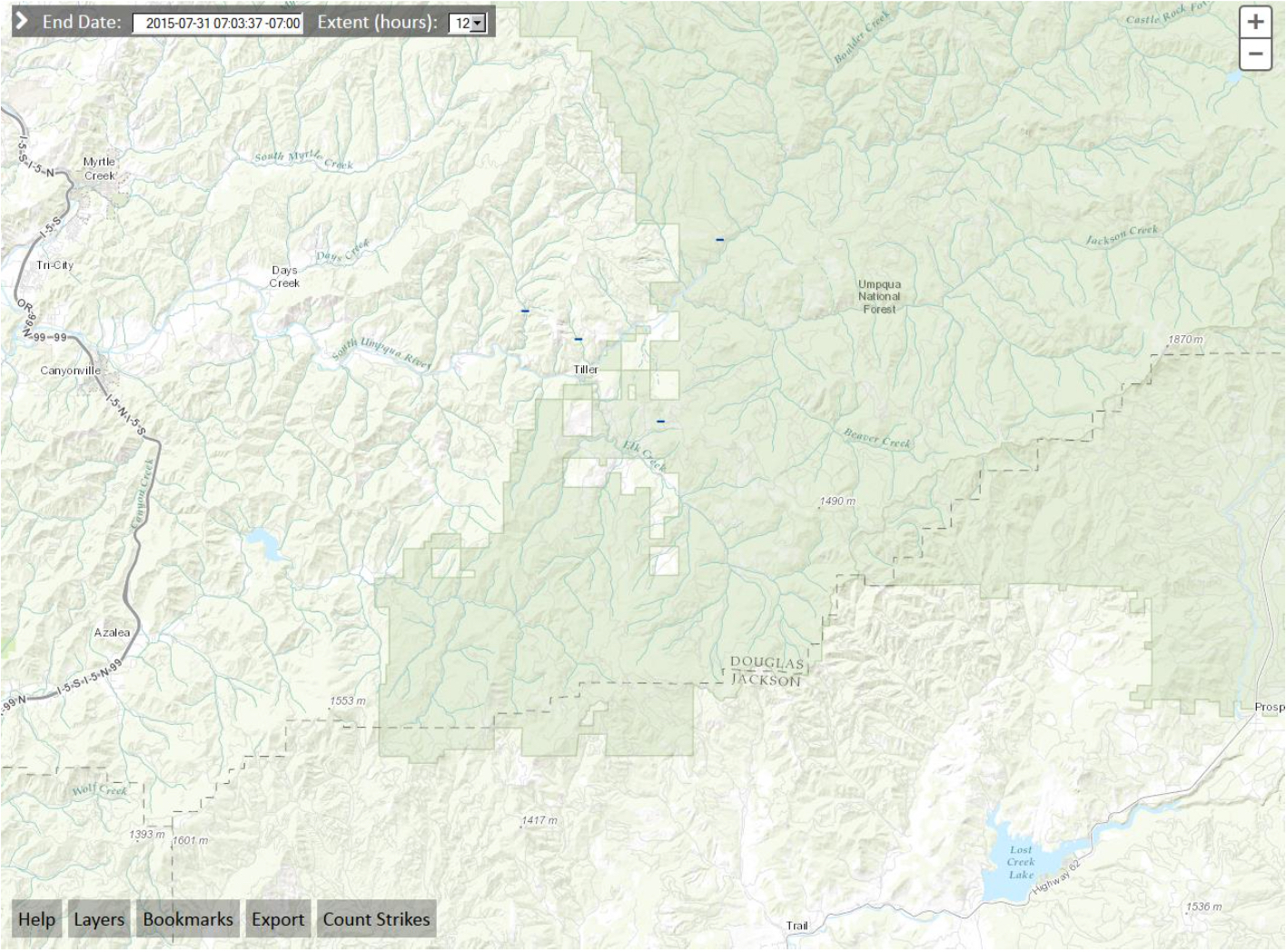 The fire continued to burn well into the nighttime hours; on a comparison of Suomi NPP VIIRS images at 1028 UTC or 3:28 am local time (below), an intense fire hot spot was evident on the 3.74 µm shortwave IR image (yellow to red to black color enhancement) which also showed up as a brightly glowing feature on the 0.8 µm Day/Night Band image. Because of ample illumination from a Full Moon, the Day/Night Band provided a “visible image at night” which enabled the leading edge of the pyroCb smoke to be seen spreading over northeastern Oregon, far southeastern Washington, and northern Idaho. The coldest VIIRS IR BT at that time was -50º C over northeastern Oregon.

On the following day (31 July), successive Suomi NPP VIIRS true-color images (below) showed that the leading edge of the Stouts Fire smoke was over eastern Montana at 1832 UTC, and over southwestern North Dakota at 2013 UTC. 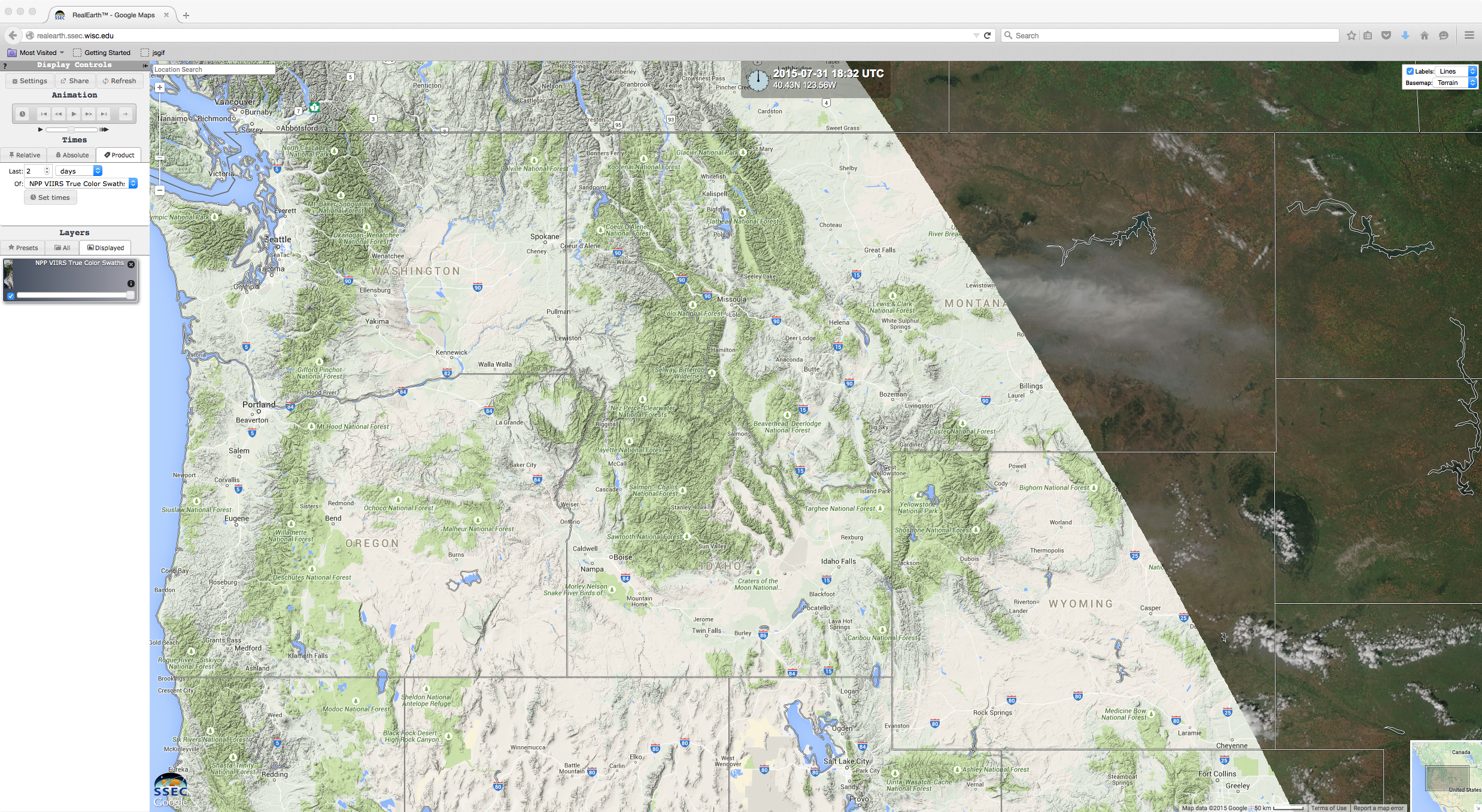 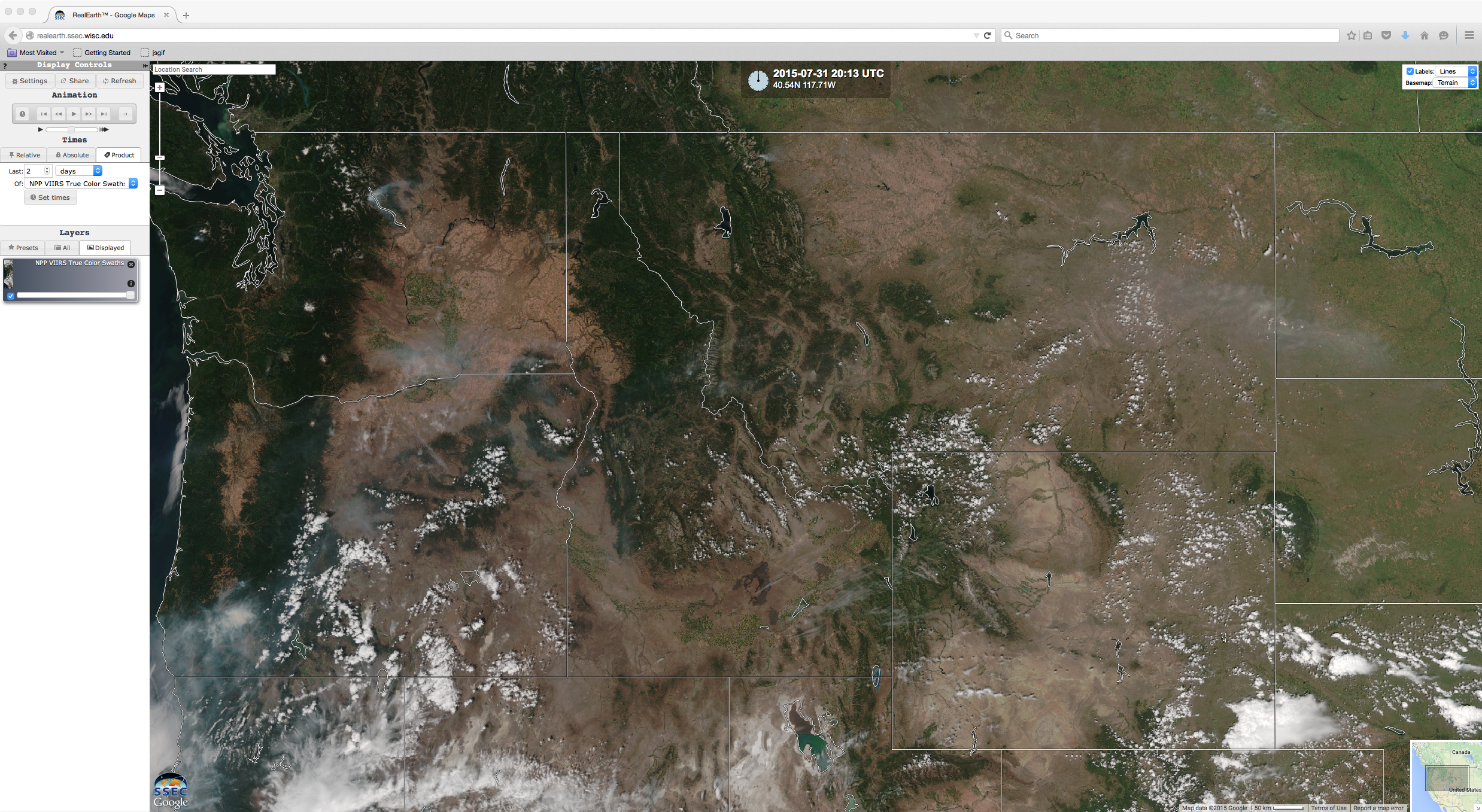 This smoke transport was consistent with forward trajectories calculated using the HYSPLIT model (below).

On 31 July, Suomi NPP OMPS Aerosol Index values (below; courtesy of Colin Seftor) were as high as 5.4 over far southwestern North Dakota.