On 29 July there was a possibility of a pyroCb forming just east of Lake Baikal in Russia. From Himwari-8 images it was confirmed that a pyroCb formed around 53 N 109 E. Himawari-8 detected the smoke plume and clouds around the fires, as well as the fire hot spots. Starting at 07:00 UTC on 29 July, the animation below shows visible (.64 μm) on the left and shortwave IR (3.9 μm) on the right (click image to play animation). In the shortwave IR images the darker black to red pixels indicate very hot IR brightness temperatures exhibited by the fire source region. 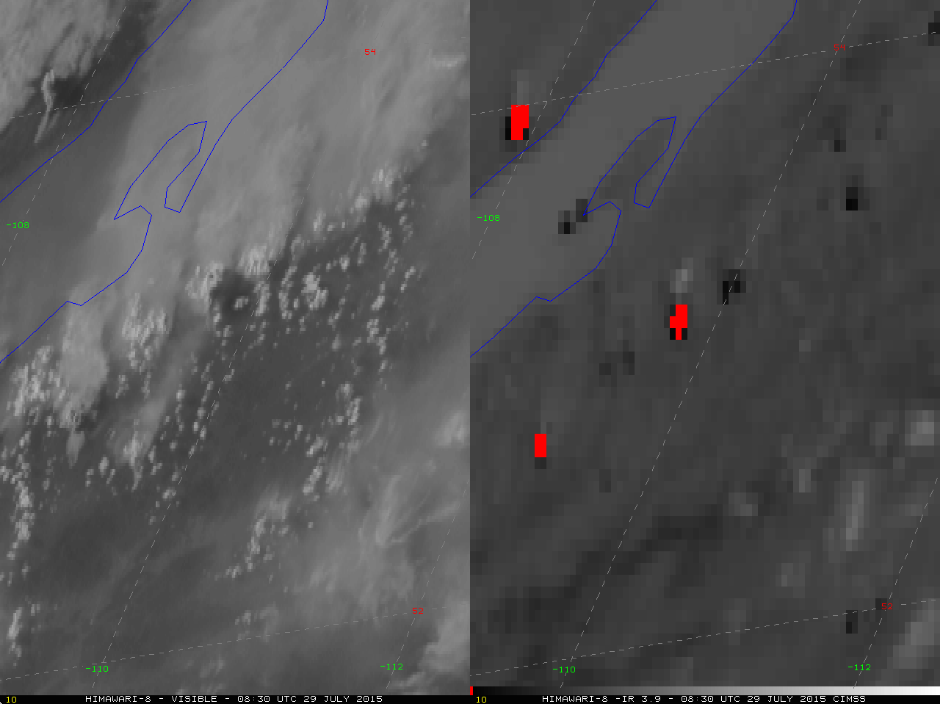 In addition, using Himawari-8 10.4 μm IR channel imagery the minimum cloud-top IR brightness temperatures could be found. The animation below, starting at 07:00 UTC on 29 July, shows that the possbile pyroCb reached around -40ºC (lime green color enhancement) at 10:20 UTC.

OMPS AI index image (courtesy of Colin Seftor) shows the transport of smoke. The image on 30 July shows a high AI values around the area of the pyroCb. However, this image is detecting the smoke from the multiple fires in the area and not the fire that produced the pyroCb specifically. 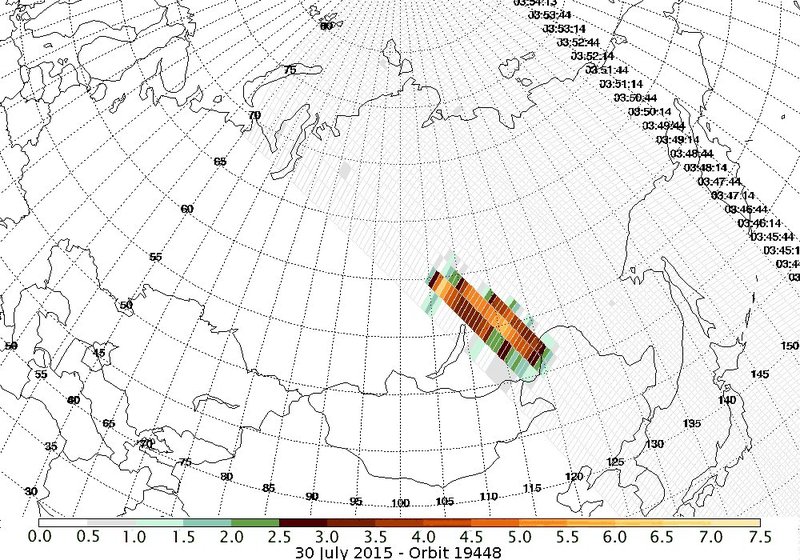 Furthermore, the image of the Biomass Burning Aerosol Optical Depth at 550 nm (image courtesy of Mark Parrington) shows how much smoke concentration that is an area. There is a high optical depth in Russia from these multiple wild fires. The bulk of this smoke is moving East and possibly reaching the west coast of North America in a few days. 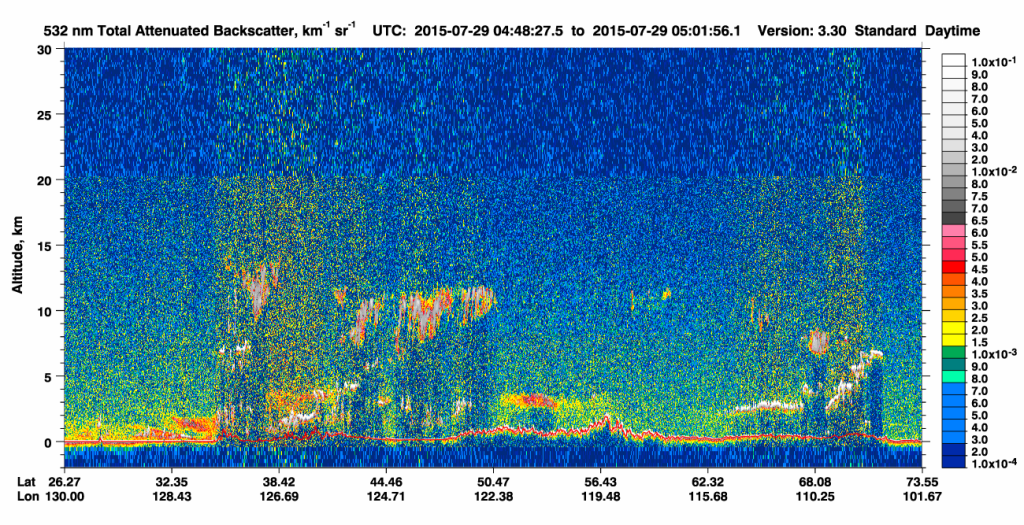 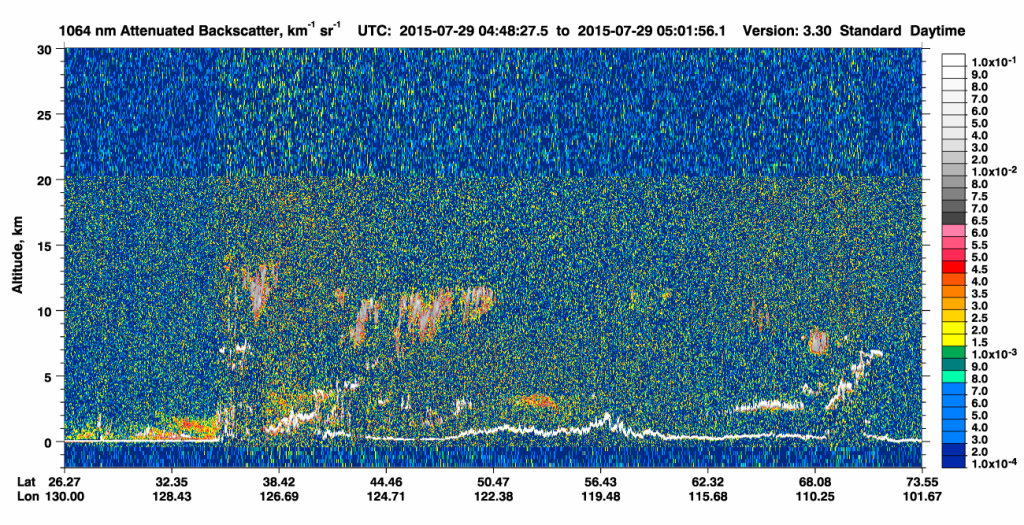 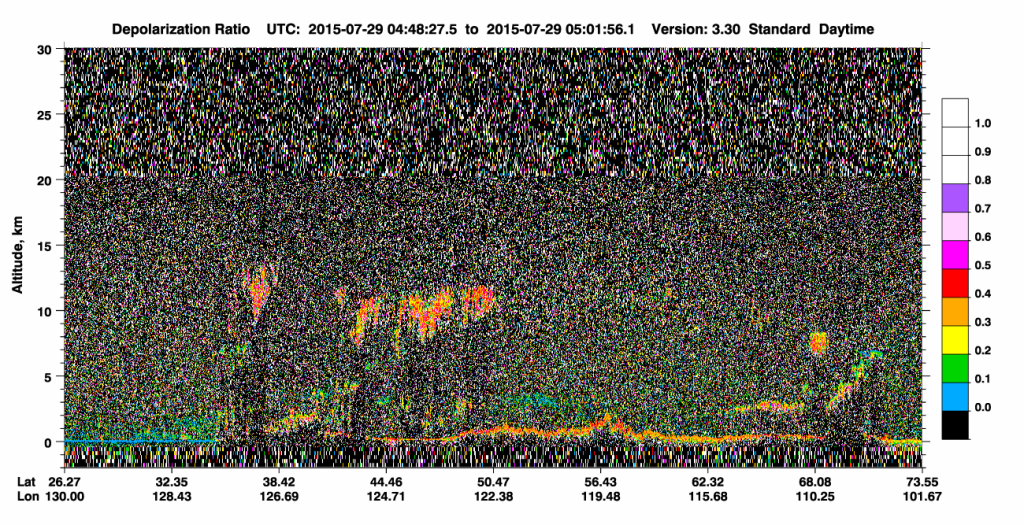 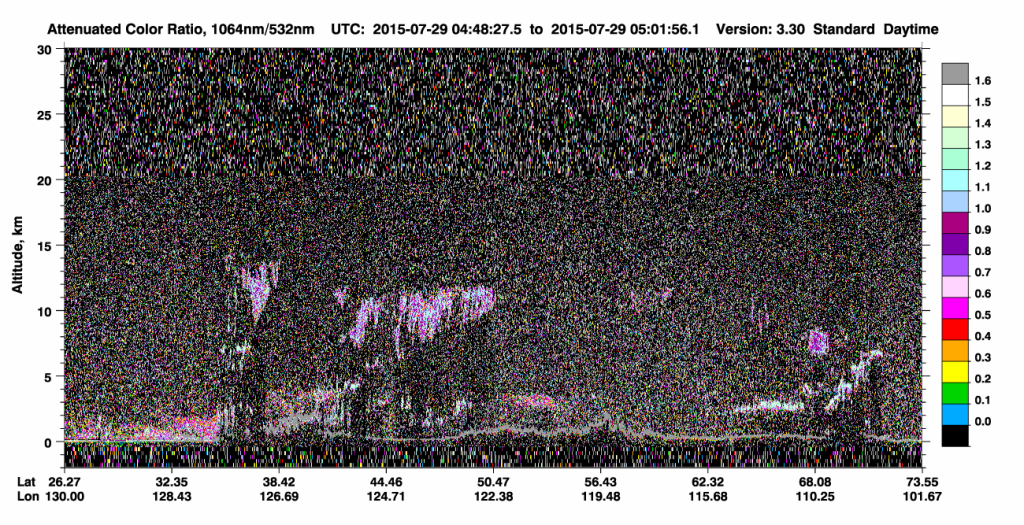 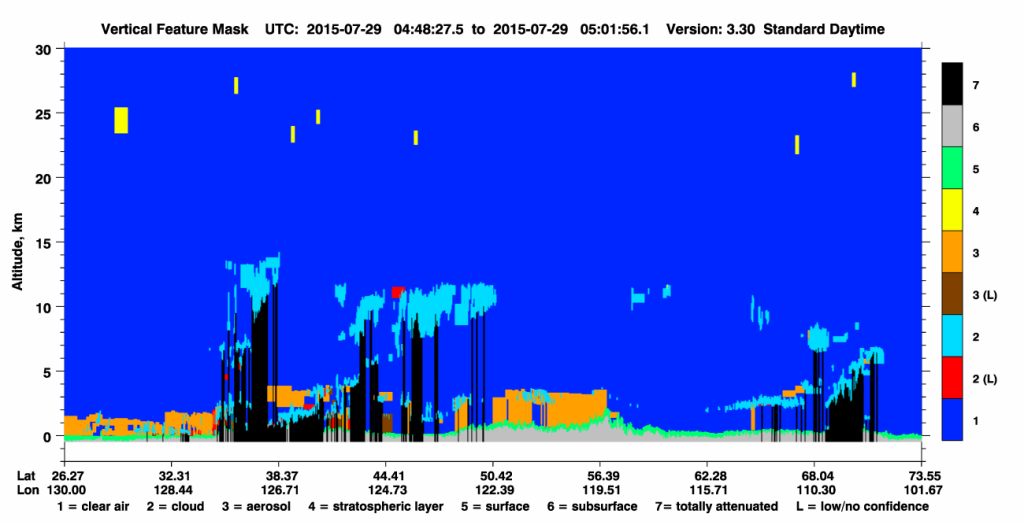